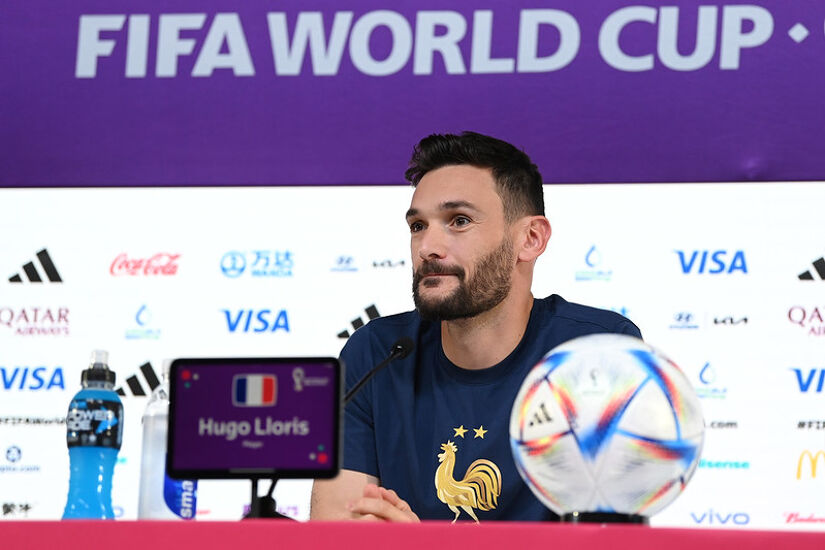 France reinforced their position as one of the pre-tournament favourites when they comprehensively beat Poland by 3-1 in the last 16 knock out round at the Al Thumama Stadium on Sunday afternoon.

Despite missing the likes of Paul Pogba, Karim Benzema and N’Gola Kante coming into the tournament, France showed that their squad depth may well be enough to enable them to retain the Jules Rimet trophy they won in Russia in 2018.

Didier Deschamps’ team started the first half very much on the front foot and looked set to impose their game on Poland, with Kylian Mbappe and Ousmane Dembele very prominent in the opening exchanges.

Mbappe in particular was causing lots of problems for Aston Villa full back Matty Cash and he won a series of corners in the first 20 minutes, none of which however were converted into real goal scoring opportunities.

Midway through the first half, having weathered the early storm, Poland began to assert themselves with Jakub Kaminski and Piotr Zielinski very prominent up front.

They did lose the ball needlessly however in the 28th minute and from the breakaway French attack, Antoine Griezmann fed Dembele and his cross just evaded Olivier Giroud as he stretched to try and divert the ball past Wojciech Szczesny.

Poland themselves had a great chance in the 37th minute when they cut open the French defence with Zielinski and Kaminski having efforts on goal, the latter’s effort being hacked off the line by Raphael Varane.

The breakthrough fell to France however when they took the lead a minute from the break. Mbappe had moved into an inside left position and when he slid the ball through to Giroud the centre forward’s first touch was excellent and with his second touch from his left leg, he steered the ball past Szczesny.

The goal had extra significance for the AC Milan striker as it took him to 52 international goals for France, breaking the 51-goal record previously held by Thierry Henry.

The goal gave Didier Deschamps’s team a great confidence boost, and they took up where the left off in the second half, owning the ball and cutting the Polish defence open through the searing runs of Dembele and Mbappe

Mbappe almost made in 2-0 in the 56th minute when his swerving shot was deflected away for a corner. Giroud did have the ball in the net from the resultant free kick but it was disallowed as Szczesny had been fouled and required treatment.

France sealed the win with a brilliant breakaway goal in the 73rd minute and it came again courtesy of the mercurial Mbappe on the left wing.

A long ball out of defence by Griezmann was expertly controlled by Giroud in the centre circle and he then fed Dembele who was scorching forward on the right touchline. The Barcelona winger slid the ball into the path of Mbappe who then fired an unstoppable shot past Szczesny for a great goal.

The second goal certainly deflated Poland and they seemed to run out of steam in the last 15 minutes and allowed France to fully control the tempo of the game until the final whistle.

The world champions were really enjoying themselves as the game drew to a conclusion and they capped a commanding performance with a brilliant third goal in the 90th minute, again from the boot of Mbappe.

Substitute Marcus Thuram slipped a ball through to the PSG player and he curled a superb ball past Szczesny for his second of the game and fifth in the tournament to date.

Poland did get a consolation goal from a penalty in the eight minute of added time, Robert Lewandowski slotting it past Hugo Loris at the second attempt, the keeper having been adjudged to have moved off his goal line when he saved the first attempt.

Poland’s World Cup is over, while France can now look forward to the prospect of meeting England or Senegal in the quarter final next Saturday.