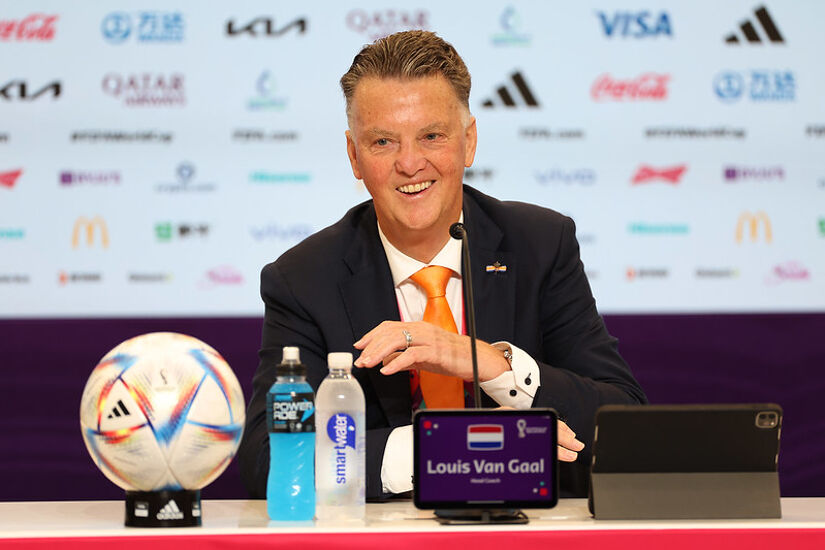 Netherlands confirmed their place into the next round as they produced a ruthlessly efficient display to defeat the US. Star of the show was full-back Denzel Dumfries as he set up two, scored one and made a goal-line clearance.

It was a harsh lesson for the young American side. They were bright and positive in the early stages, but quickly found themselves picked apart and crowded out by their more experienced foes. A late goal gave them hope but it was not enough to rescue themselves.

Louis Van Gaal kept with the same side who started against Qatar in their final group game. They were staying with the nominal 3-4-1-2 formation that had options to switch around. Cody Gapko was hoping to score for the fourth game in a row. Davey Klassen and Frenkie de Jong charged with providing the thrust from midfield.

Gregg Berhalter made two changes from the narrow win over Iran that helped them qualify. Cameron Carter-Vickers was replaced by Walker Zimmerman in defence while Jesus Ferreira stepped in for the injured Josh Sargent. Christian Pulisic shook off his knock to play alongside him.

It was the underdogs who started the better and should have been ahead almost immediately. Sergino Dest saw his cross half-cleared but only in the direction of Tyler Adams. He flicked the ball over the top for Christian Pulisic to run onto. He poised to shoot but Andries Noppert blocked it with his legs. The Dutch finding it hard to cope with the energy and pressing of the US midfield.

Holland did go in front against the run of play. A patient passing movement that involved a number of players saw Cody Gapko feed Denzel Dumfries out wide. His first time cut back was hammered home by Memphis Depay.

Netherlands were content to sit, maintain their shape and wait for their opponents to lose possession. They were unable to get much joy through the centre due to the strength Holland possessed in that area, whilst Dumfries and Blind were pushing them back out wide. The former almost helped create a replicate of the opening goal but had his cross blocked out on that occasion.

USA were perhaps guilty of taking a touch too many or overplaying it on the few times they got back into the Dutch half. A rare opportunity came when Timothy Weah seized upon a loose clearance to produce a first-time snapshot. It was punched away by Noppert. Dest then almost found room within the penalty area only to be blocked by Virgil Van Dijk.

Holland then seemingly put themselves in charge. Again it was down the right-hand side that proved to be the catalyst. Gapko, Depay and de Jong combing to create the opening for the latter to release Dumfries yet again. His cross was a carbon copy of the first and finished on this occasion by Daley Blind.

Both sides had chances to score immediately after the break. Gapko was forced to clear off his own line to deny Tim Ream from a corner, before Matt Turner produced good reflexes to prevent Walker Zimmerman scoring an own goal.

Holland almost netted a third after they broke from a US set piece. Gapko saw his shot blocked but regained possession to lay it off to Depay. Turner was just about able to tip it over the bar. Dumfries thought he had won a penalty when he collided with Antonee Robinson but nothing was given.

Turner had to pull off a double safe to prevent his side going further behind. Teun Koopmeiners had a shot from outside the area that the keeper had to parry. Depay was poised to knock in the rebound but he reacted well to block that also. US could have taken advantage of a dreadful Depay back-pass but Haji Wright saw his effort taken off the line by Dumfries.

He did find one back shortly after though. DeAndre Yedlin fed Pulisic down the line. His low cross into the aera was back-flicked by Wright and it spun up and over the head of Noppert. Holland hit back almost immediately though via the two best players. Blind sent in an excellent cross towards the full-back at the back-post and he guided his shot home.

Netherlands saw down the clock to become the first side into the quarter finals. They will play the winner between Argentina and Australia on Friday at 19.00 GMT. For USA it is the end of the road for them and time to start preparing for their co-host duties in four years.