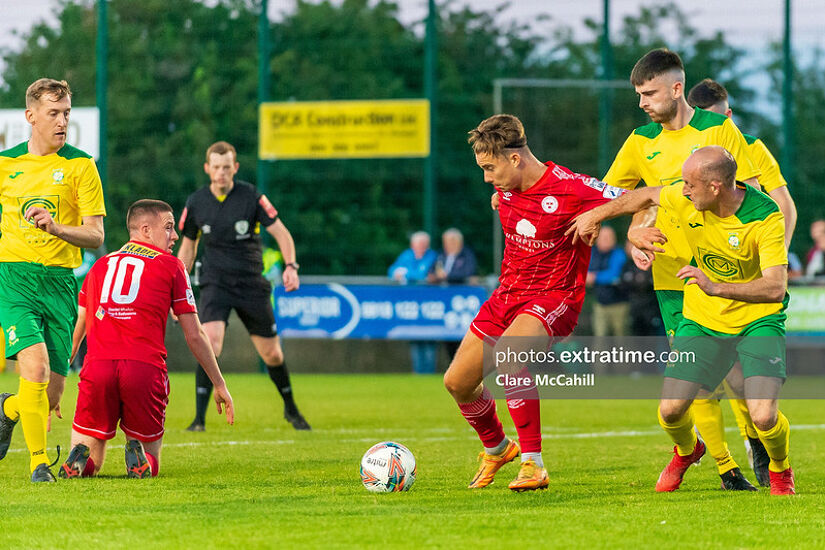 FAI Cup runners up Shelbourne have confirmed the permanent signing of Matty Smith from Derry City.

Smith had been on loan at Tolka Park from the Candystripes – and missed out on a starting berth in the cup final due to the terms of his loan.

But the Reds have moved to sign the player ahead of the 2023 campaign.

“We are delighted Matty has decided to extend his stay with us for the 2023 season,” Shels boss Damien Duff said.

“Matty is back to his best and will improve again which is exciting. He is a big player in the league and very popular in the dressing room too.

“He is very happy here hence there was no reason for him to leave. It is another statement of where we want to go.”

“When James became available it was a no-brainer for me to try to bring him to Bohemians,” Devine said on Akintunde.

“I brought him to Ireland, and I know all of his qualities and attributes. He will offer us tremendous versatility in the front three positions.”

Elsewhere in the Premier Division, Drogheda United have re-signed Ryan Brennan and Luke Heeney for the season ahead.

Both played an integral role during an impressive campaign for the Boynesider’s under Kevin Doherty.

In the First Division, Waterford unveiled the signing of forward Thomas Oluwa from Athlone Town.

Oluwa caught the eye for Athlone during the 2022 campaign, and returns to full-time football for the first time since leaving Galway United.

The Tribesmen however have sealed the signature of Conor O’Keefe for another at Eamonn Deacy Park.

The Dubliner departs Stephen Henderson’s side after nearly a decade at Bishopsgate. However, Longford have confirmed the re-signing of captain Sam Verdon.