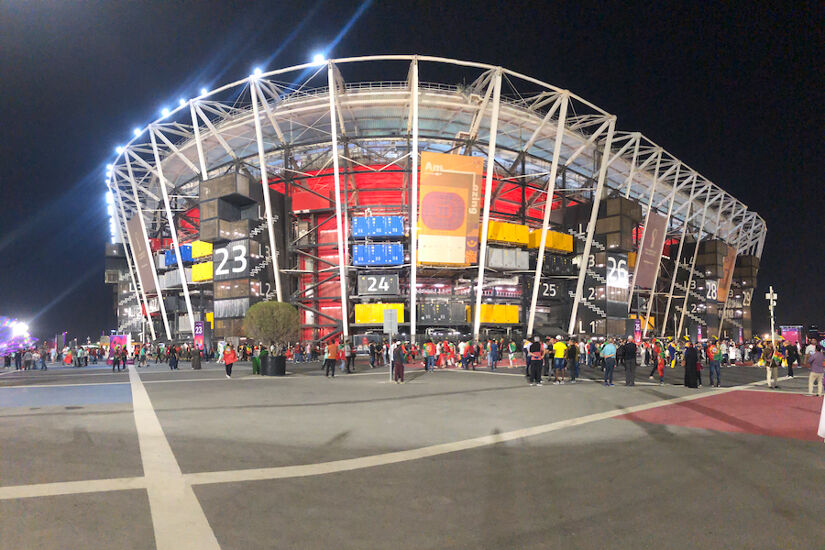 Switzerland became the final side to make up the final-16 places after an exciting win over Serbia in Stadium 974. Having gone ahead, and been behind, they equalised just before half time. A Remo Freuler goal in the second period decided the game in their advantage.

Serbia gave a lot to the game but ultimately came up short to seal their exit. They had recovered from an early set-back to go ahead but were unable to hold on until the break. They have now never got behind the group stage under their current iteration.

Dragan Stojkovic made just one alteration from the 3-3 draw with Cameroon. Dusan Vlahovic joined Aleksander Mitrovic in more of an attacking 3-4-1-2 formation. Midfielder Nemanja Maksimovic was the man to make way. The Milinkovic-Savic brothers both started again.

Murat Yakin made three changes from the narrow loss to Brazil. Yann Sommer and Nico Elvedi were both injured while Fabian Rieder dropped to the bench. Gregor Kobel, Fabian Schar and Xherdan Shaqiri all replaced them.

Both sides knew a win could have helped them qualify, but it was the Swiss who started the brighter. Within the first minute, Vanja Milinkovic-Savic had to pull off a double save from Breel Embolo and the follow-up from Granit Xhaka. At the other end, Aleksander Mitrovic and Dusan Vlahovic were giving the back-line plenty to think about. Embolo then met a cross from Ruben Vargas but the keeper collected it.

The end-to-end nature was summed up as Andrija Zivkovic cut in from the left to hammer in a shot. Kobel looked beaten but it smacked against the woodwork.

It was Switzerland who went in front though. Ricardo Rodriguez had his cross half-cleared away before Djibril Sow collected it. He picked out Xherdan Shaqiri on the right side of the penalty area. His shot was not especially clean but seemed to take a nick off Strahinja Pavlovic and flew into the net. He celebrated in style before the Serbian fans.

Serbia were not long in their response though. They had a few half-chances before Dusan Tadic swung a cross into the area. Manuel Akanji was guilty of affording Mitrovic a little too much room and he planted his header past Kobel. Shaqiri almost restored the lead from an excellent Rodriguez pass but only found the side netting.

Serbia then found themselves in front and a possible chance of qualification. Tadic was again the provider as he fed Dusan Vlahovic. Remo Freuler failed to reach it allowing the striker to steer a shot into the bottom corner. Pavlovic then pulled off an excellent block to deny Vargas.

Switzerland did equalise just before the break. Sow fed Silvan Widmer down the left and his low cross was slotted home by Embolo.

They continued in that vein into the second half to go back in front. Embolo controlled a ball from the left before finding Vargas. He spotted Freuler in space before producing a delightful flick to the latter who made no mistake.

Both sides had efforts go over the bar before Mitrovic went to ground when Fabian Schar’s arm made contact with him. No penalty was given which led to a few players tussling with one another.

Try as they might, Serbia could not manage to find an equaliser. They were not helped by the game whic

Seven plus minutes, and a goal for Cameroon, added to the tension.

Switzerland did hold on to the delight of the players and supporters. Their reward is a knock-out clash with Portugal on Tuesday at 19.00 GMT. For Serbia it is the end of the road.