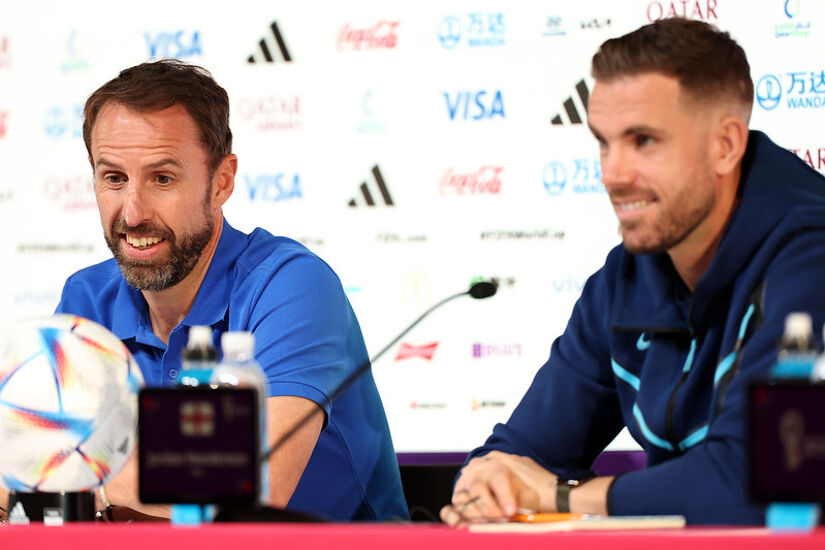 A Marcus Rashford double sealed top spot of Group B and qualification for the knock-out stages for England. After a goal-less first half, a two goal blast from Rasford and Phil Foden set them on their way with Rashford wrapping up the win late on with his second . Bigger tests lie ahead for England in the last 16 than a willing but limited Welsh side.

It seems like the end of the road for several of the Welsh stars. They have been below par in this tournament, and failed to really threaten their neighbours. After a wait of 64 years to make the world stage, it was not the way they wanted the tournament to go.

Gareth Southgate made four changes from the draw with USA. Rashford and Foden were both brought into the attack, Jordan Henderson into midfield and Kyle Walker into defence. It was a system change also to more of a 4-3-3.

It was quite a tentative opening period as both sides seemed to be content to pass around at the back and retain possession. Most attempts to get on the offensive came to nothing as the forward passing from both sides was wayward. The clearest chance fell to Rashford as he tried to run onto a pass from Harry Kane. Ward came out quickly to block the shot.

Wales continued to sit back and try and hit England on the break. They were finding it tough to break them down and often their final pass was found wanting. Rashford and Kane combined for an opportunity for Foden. He was off target with his final shot. Rashford then attempted a bicycle kick after a cross was deflected from Kane. It too went wide. Neco Williams was forced to leave the pitch as he was suffering with concussion. A rare foray into the English penalty area saw a curling Joe Allen shot go just over.

If England were left frustrated in the first half, they soon alleviated those feelings. Foden was switched over to the left of the attack and he was pulled down just outside the box. The English were not short of candidates to take the free kick. It was Rashford who stepped up to curl the ball over the wall and into the top right-hand corner.

And it was two within a minute. Rashford won the ball from Ben Davis and laid it off to Kane. His precise low cross the area found Foden at the back-post who gleefully tapped home.

Wales then had their best period of the game. Daniel James was just wide with a curling effort before Kieffer Moore’s deflected shot needed to be saved by Jordan Pickford.

Southgate rang the changes to allow some players game time. One of these was responsible for creating England’s third. Callum Wilson carrying the ball forward before setting up a shot for Rashford. It went through the legs of the unfortunate Ward.

Wales looked like a beaten side in the closing stages. They had half-chances to score a consolation through Moore who wriggled away from the attention of John Stones. His attempt was well off target though. Stones did have a chance to make it four but only managed to put his header over.

England now confirm their place in the knock-out stages. They face Senegal who finished second in Group A at 19:00 on Sunday. Wales are heading home after finishing bottom of Group B.