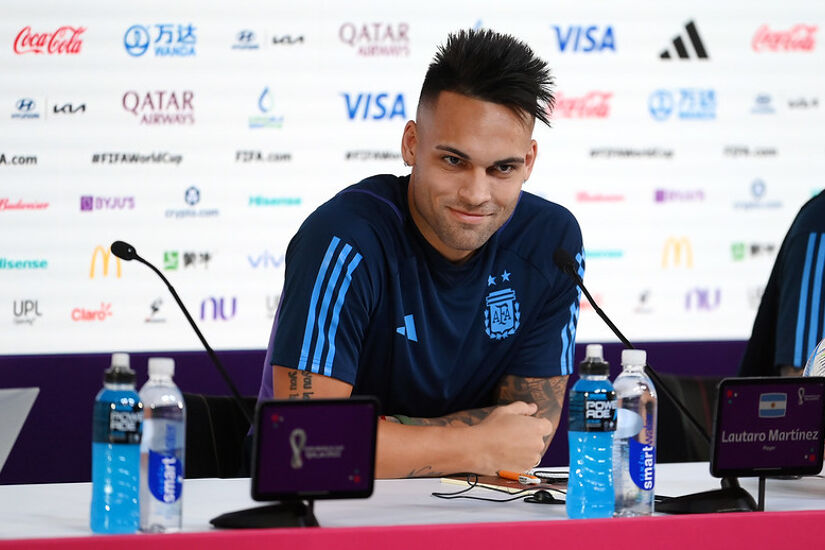 Lionel Scaloni made five changes to his side who were defeated by Saudi Arabia in Tuesday’s shock result, with Mexico’s Argentine manager Tata Martino making three changes from the squad that drew with Poland.

The first-half at a packed Lusail Stadium was tainted with several stoppages due to a high level of aggression from both sides, leading to several unnecessary tackles to break up the play.

Mexico, who haven’t scored in their last three World Cup matches, failed to look threatening in the opening stages, with Emiliano Martinez having little to do in the Argentine goal.

Their best chances came from set-pieces, which were awarded in abundance, with the best of those coming in the 21st minute when Alexis Vega attempted a direct free kick – Martinez getting his gloves to it with ease.

Messi, who tonight equalled Diego Maradona’s tally of playing in 21 World Cup games, tried his luck at a direct free kick himself near the half-hour mark after a Vega tackle on Rodrigo De Paul close to the corner flag.

Messi launched the ball into the box, but Mexico’s long-serving goalkeeper Guillermo Ochoa had it covered.

It was Vega in action again near the half-time whistle when he attempted an ambitious long-range effort, but Martinez got his hands to the shot which was rocketed from 25 yards out.

Argentina then came into the second-half with a lot more energy in a tie they needed to win.

Failure to do so would lead them to be eliminated in the group stage for the first time since 2002.

Although Mexico defended well, they could do nothing to stop Messi’s low-flying shot hitting the back of the net on the 64-minute mark.

It was former Manchester United winger Angel Di Maria who passed it to Messi who then took a sublime touch to the ball before hitting it sweetly past Ochoa.

It was certainly the boost they needed, with confidence levels clearly increasing as they continued to press for the remainder of the half.

Substitute Julian Alvarez found himself running down the wing in isolation before whipping a cross into Messi who was looking for his second of the night, but the Mexican defenders were too strong on this occasion.

There was an evident lack of attacking power from Mexico, even after bringing on Wolves striker Raul Jimenez in the latter stages of the game.

With just three minutes remaining on the clock, Argentina sealed the deal when Enzo Fernández produced some excellent footwork to dance around the Mexican defenders before bending the ball into the top corner at a distance.

The two goals were enough to see Argentina finish the night second in the table, just one point behind Poland who they play on Wednesday.

A win would surely take them through to the next round, but a draw may not be enough depending on what happens between Mexico and Saudi Arabia on the same day.

The latter also stands on three points, with Mexico needing a win to have any chance of going through in what is a very tight group.