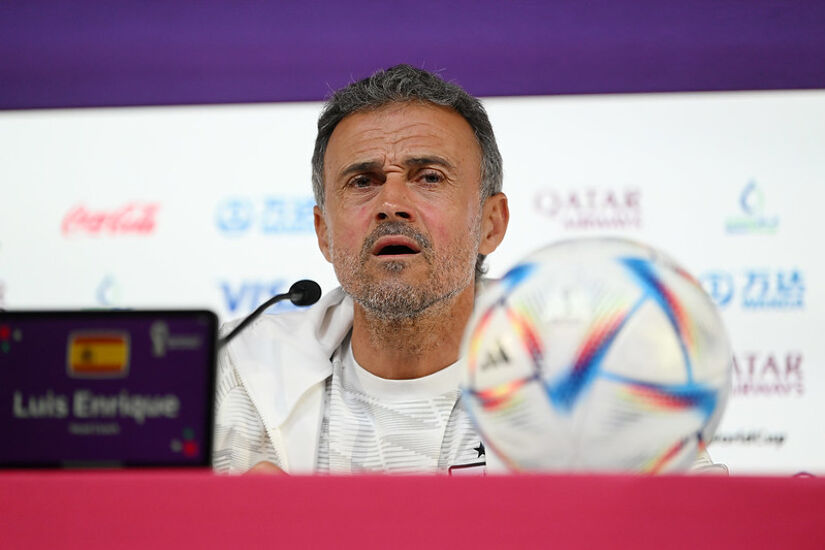 Spain ensured they did not suffer a shock like some of the other favourites when they crushed Costa Rica on Wednesday evening. Ferran Torres scored twice as their young side turned on the style to send out a warning to the rest of the sides in the World Cup.

It was a horrible experience for the Central American side. They were a goal behind early on and could never really get to grips with the passing and movement of their opponents.

Luis Enrique went with his preferred 4-3-3 system with him entrusting many of the younger stars. Veterans Cesar Azpilacueta and Jordi Alba taking their place in defence and Sergio Busquets being the sole representative from 2010.

Ferran Torres, Marco Asensio and Dani Olmo playing up front in a system without a recognised striker.

Luis Fernando Suarez employing a 4-4-2 formation and many still from the breakout side of 2014 when they reached the quarter finals.

Spain started immediately on the front foot with both Dani Olmo and Marco Asensio firing just wide of the post. It would be the former who set them on their way after ten minutes. He found some room inside the area thanks to a neat ball played to him and he fired low into the bottom left corner.

Costa Rica tried to get back into the game and begun to gain some more possession. Joel Campbell almost played Francisco Calvo in with a clever through-ball but he was ruled offside.

Spain struck yet again to double their lead. Jordi Alba strode down the left flank before putting in a menacing cross. It was met by Asensio who swept the chance home with unerring accuracy into the bottom right corner.

Alba was at it again moments later to help Spain further extend their lead. He threatened to get past Oscar Duarte who was forced to foul him in his attempt to stop him. Ferran Torres stepping up to smash it home past Keylor Navas.

Costa Rica were reeling at this point but did just enough to prevent Spain scoring again before the break.

The second-half did not bring much respite though. Asensio was just off target with an opportunity to double his tally from just outside the area.

It would be Torres to claim that glory though. Costa Rica failed to properly clear a corner and the attacker tapped home from inside the six yard box.

The best goal of the game arrived with fifteen minutes left. Substitute Alvaro Morata played a through-ball forward. Barcelona youngster watched it drop over his shoulder before spinning and planting an excellent volley past Navas. Due reward for an enterprising game.

Even injury time could not stop the misery. Fellow sub Carlos Soler made it six after Navas failed to properly deal with a cross. Morata rounded off the scoring after he netted after playing a neat one-two with Olmo.

The final whistle was welcome release for their vanquished opponents. Costa Rica must now pick themselves up when they face Japan on Sunday at 10.00 GMT. Spain will play a Germany side desperately needing a response on Sunday at 19.00 GMT.