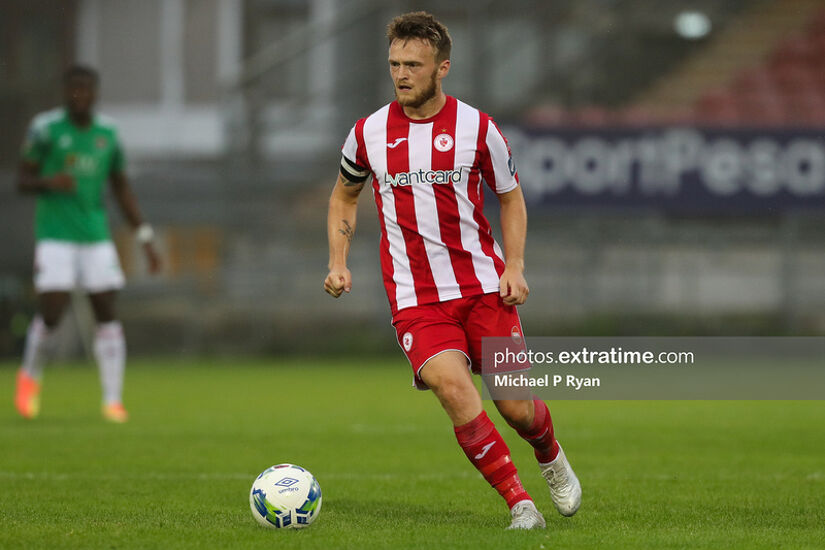 Sligo Rovers boss John Russell has heaped praise on David Cawley after the experienced midfielder penned a new deal at the club.

Cawley signed a one-year contract extension with the Bit O’ Red on Wednesday afternoon ahead of the 2023 season.

The Mayo man missed the end of the 2022 campaign, but is expected to return in time for Sligo’s pre-season preparations that begin in January.

The new deal will see the midfielder spend a decade at the club – with over 250 appearances to his name.

He will now join a squad that includes Greg Bolger and former Derry City full-back Danny Lafferty ahead of the new season.

“David has been a brilliant player for this club,” Russell said. “He is now moving into his tenth season with Sligo Rovers and, he is still as hungry as ever to be successful.

“He has won trophies throughout his career and understands what it takes to win matches.

“He is an intelligent footballer who will play a big part both on and off the pitch with his quality and in setting standards around the club.

I feel he will be like a new signing after his recent operation and I’m delighted he has re-signed for 2023.”

Sligo Rovers have also confirmed that the club have lodged planning permission for their revamped ground.

If it is granted, the club will have a 6,100 all-seater stadium – bringing it up to the Uefa Category 3 standard.

“This is a great day for Sligo Rovers Football Club and the first phase of our Masterplan we announced last year,” club chairman Tommy Higgins added.

“In order to stay competitive in the Premier Division we have to bring more income into the club and The Showgrounds redevelopment is a vital part of our plans.”