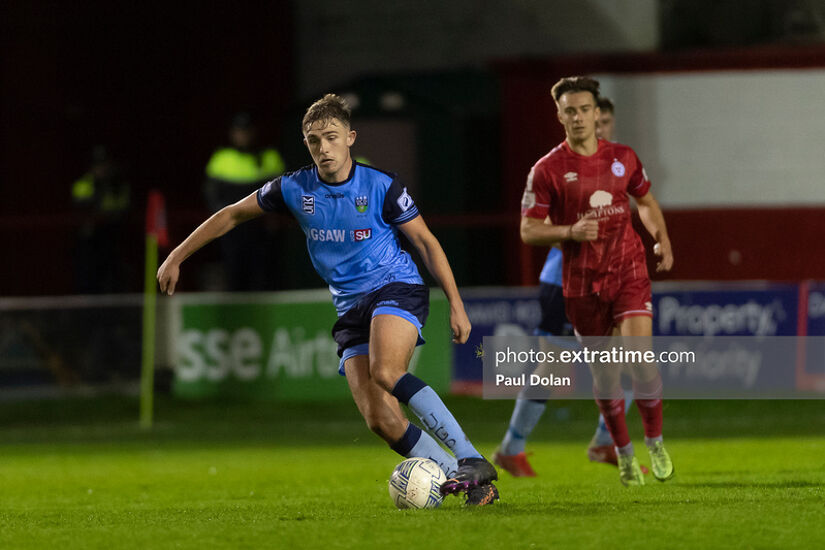 Evan Caffrey has completed his move to Shelbourne from UCD to seal a reunion with Damien Duff.

Caffrey, 19, worked under Duff when the pair were involved in the Shamrock Rovers underage set-up.

But since Caffrey made the move into the senior ranks with UCD in the Premier Division – he has flourished.

During the 2022 campaign, the Dubliner made 36 appearances for the Students as they stayed up in the top-flight.

Of those 36 games, Caffrey started in 31 under Andy Myler on the Belfield campus. And he now joins Shelbourne who have his cousin Gavin Molloy in their ranks.

Caffrey is also the grandson of Theo Dunne – the former Shels captain who led the Reds out at the Nou Camp against Barcelona in the 1960s.

Speaking after landing his new midfielder, Duff said: “Evan was my captain in the LOI U15’s five years ago so we know each other very well.

“I have followed his career closely and it was so pleasing to see him do so well over the last few seasons.

“He has a great understanding of the game, has top class technical ability and knows the demands we put on players.

“He can also play numerous positions which is great. I can’t wait to work with him again and watch his career continue to grow with Shelbourne.”

Caffrey then added: “I am very excited to be joining Shels, as it’s such a special club with a great history and brilliant fans.

“It’s also a proud moment for me and my family as I’ll be joining up with my cousin Gavin Molloy, but also my grandad Theo captained the club in the 1960s.

“When I got the call from the manager, it was a no-brainer as I played under him before, and I knew what he was like.

“I think it’s the best place to be to improve as a young player, and I can’t wait to get started.”