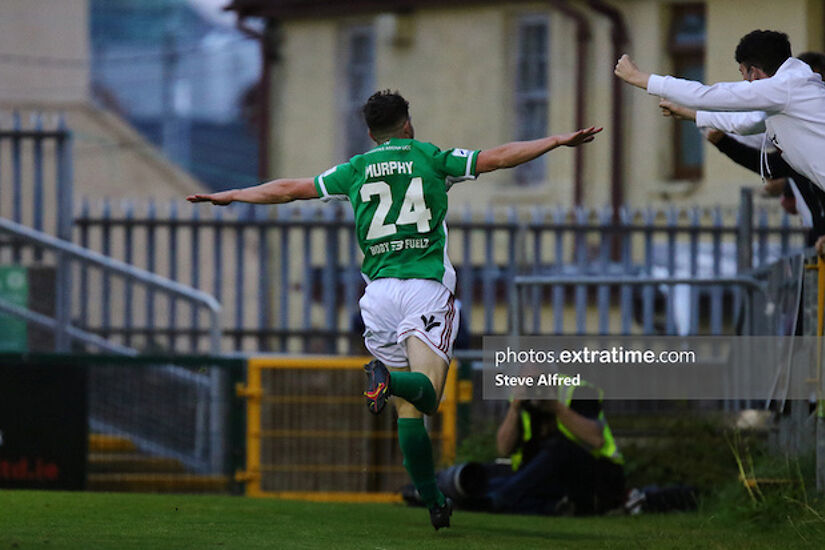 Murphy signs back with City for 2033

Cork City striker Cian Murphy is back with the Rebel Army for 2023.

The forward has scored 18 goals over the last two seasons and he will play Premier Division football in the new year under Colin Healy.

Murphy, who graduated through the club’s Under-17s and Under-19s, has played with the club’s senior team since 2018.

He told the club’s media team: “I’m very pleased to have signed back again for next season. I have played a few games in the Premier Division, but I am really looking forward to having another crack at it. We have all worked very hard over the last couple of years to get this club back where it belongs, and we were all very pleased with how last season went.

“It was brilliant playing at Turner’s Cross last season with the crowds that were coming out every week to support us. I know they, like the players and staff, all wanted us back in the Premier Division, so we were delighted to be able to deliver that for them. I have no doubt that they will be out in force again next season, and can’t wait to be playing in front of them again in 2023.”

City boss Colin Healy added: “Cian has been brilliant for us over the last couple of years, so I am delighted that he has signed again for next season. He is another player who has come up through our academy and on into the first team, which is always really pleasing for us as a club.

"It’s a test now for him going back into the Premier Division, but I am sure it is one that he will relish. He’s coming in off the back of two good seasons, so I have every confidence in him that he will embrace the challenge.”

I have no doubt that they will be out in force again next season, and can’t wait to be playing in front of them again in 2023.