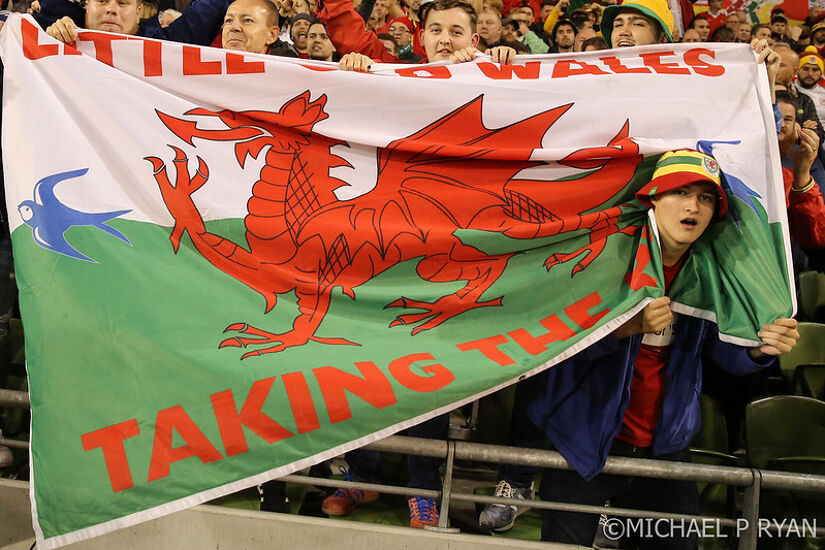 A penalty by star man, Gareth Bale, ensured that Wales claimed a result on their return to the world stage. It was reward for a strong performance in the second-half. They provided plenty of colour and noise after being away for 64 years.

The USA probably deserved a point also at the end. After failing to qualify for Russia, they are also returning to the World Cup. They have rejigged their squad with an emphasis on youth and this showed in an enterprising first-half. They then dug deep after conceding to gain a point.

Gregg Berhalter did have injury doubts coming into the game. Weston McKennie, Tyler Adams and Tim Ream all passed fit to start though. Josh Sargent leading the line and supported by Christian Pulisic and Timothy Weah.

Robert Page elected to set up in a 5-2-3 formation with Conor Roberts and Neko Williams providing width, Ethan Ampadu tasked with replacing Joe Allen as he was deemed not fit enough and Daniel James and Aaron Ramsey providing support to Gareth Bale.

Despite a passionate rendition of the Welsh national anthem, it was the Americans who started the more confident. Christian Pulisic was guilty of some poor deliveries in the opening stages, but they were seeing more of the ball.

It was Wayne Hennessy who prevented them from going behind in this period. Tim Weah put in a cross that deflected off Joe Rondon and forced the veteran keeper to tip it away. Moments later Antonee Robinson missed a chance at the back post.

Despite the presence of decent passers in the Welsh squad, they seemed unable to get meaningful possession of the ball. Too often they were dropping deep into their own half and unable to find an outlet when they were able to win it back.

It was this lethargy that resulted in the US gaining the lead. Joe Rondon came out of defence to try and play the ball out. He was robbed by Pulisic though.

The Chelsea attacker played the ball through to Weah who was being kept onside by Neko Williams. He kept his cool to slot past Hennessy. Showing some of the ruthlessness of his dad.

The only response was a corner won by Aaron Ramsey towards the end that resulted in nothing. Gareth Bale was booked in a late challenge that showed his frustration. If he had gone ahead with wearing the one love armband, it would have seen him sent off.

The answer at half time was to send on Keiffer Moore to give them a target to aim to. Dan James the unlucky man to depart. The energy levels were clearly better. Matt Turner was fortunate to not concede a goal as he flapped at a corner that was eventually cleared.

All of a sudden it was the US who were unable to get out of their half. The physical presence of Moore giving their back-line a headache as he challenged for every ball. A rare break-out by Pulisic was stopped by a firm Conor Roberts tackle.

Wales then had two chances for the equaliser. A free kick came in which was met by the header of Ben Davis. Turner pulling off an excellent save to deny him. From the corner, Moore had an opportunity that went just over.

Just when it seemed that time was running out, they drew themselves level. The ball was played in quickly from a throw-in towards Bale. He showed his experience by holding the ball and drawing a foul from Tim Ream. He stepped up to beat Turner from the spot.

The game was now in the balance and both sides sought to find the winner. Substitute Brennan Johnson had an opportunity on a break only to shoot straight at Turner. Bale who was waiting for the pass left frustrated. The exertion told as several players went down with cramp as the referee played nine minutes injury time.

A point a piece upon the final whistle. Both sides happy enough with the point but knowing they could have won it. Wales will try and get their first victory when they take on Iran on Friday at 10.00 GMT. The US will face table toppers England on the same day at 19.00 GMT.