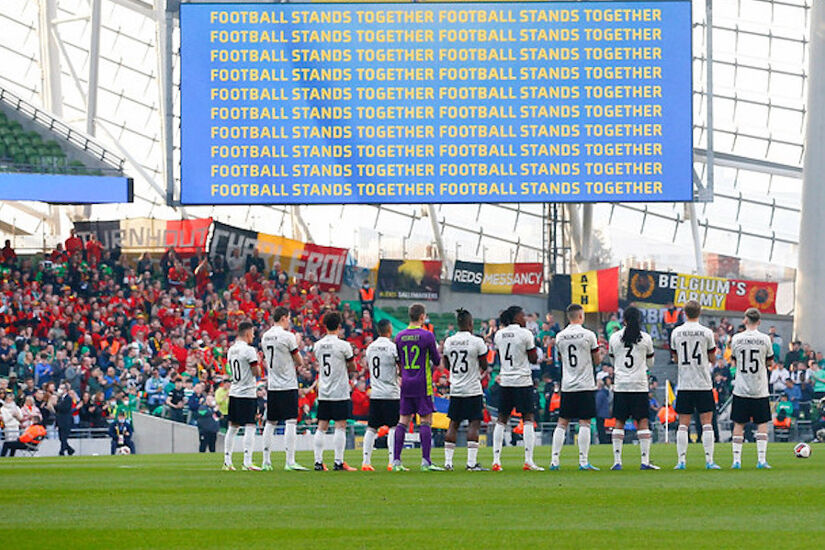 Belgium’s 26-man squad of players will be hoping to better their third-place finish at the 2018 World Cup in Russia when they join the other 31 teams at this year’s tournament in Qatar.

The so called ‘golden generation ‘of Belgian footballers has yet to win a major tournament, either a World Cup or a European Championship, so this is certainly the last opportunity for a squad in which 11 of the 26 players are over 30 years of age.

There are three 35-year-olds in the squad and the likelihood is that two of those, Jan Vertonghen (Anderlecht) and Toby Alderweireld (Royal Antwerp) will form the centre back partnership when manager Roberto Martinez sits down to pick his starting eleven for their opening game against Canada on November 23rd.

Thibaut Courtois (Real Madrid) is nailed on to start in goals and should he play all three first round games he will then have amassed 100 caps for Belgium.

Two stars of the English Premier League look likely to get midfield starting berths, Leander Dendonker (Aston Villa) and Youri Tielemans (Leicester City), while Martinez has an abundance of talent in the attacking areas.

Eden Hazard has fallen down the pecking order at Real Madrid in recent times so will relish the opportunity to reignite his club career with strong performances at international level and also add to his very impressive record of 127 caps.

Romelu Lukaku has been injury prone of late, falling victim to a muscle injury just before the squad was announced, but the Inter Milan striker was too important a player not to be considered for selection by Martinez. He has scored 68 goals in his 102 appearances to date and should he remain injury free he may well be in contention for the leading goal scorer award at the tournament.

The most influential player in the team is undoubtedly Manchester City’s Kevin de Bruyne. At 31 years of age and with 94 caps to his credit, he is the creative genius tasked with prizing open the defensive structures that he will encounter in Qatar.

He is generally given a free role both by club manager Pep Guardiola as well as by Martinez and uses this freedom to display his exquisite range of passing, create goalscoring opportunities for his colleagues and score some spectacular goals himself – to date he has scored 25 goals for Belgium in his 94 appearances.

The Red Devils have been drawn in Group F alongside Canada, Croatia and Morocco with their opening game against Canada in the Ahmad Bin Ali Stadium on Wednesday.