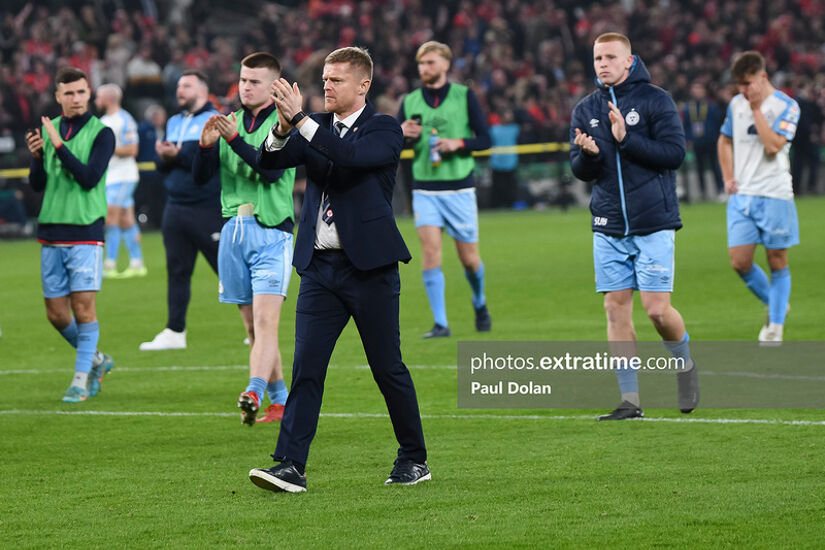 The Reds have also confirmed that club captain Luke Byrne will stay after penning a new deal at Tolka Park.

But after confirming the exit of Brendan Clarke on Thursday night, Shels have acted quickly to replace the former St Patrick’s Athletic shot-stopper.

Kearns joins Damien Duff’s side from Galway United, and he will be joined at Shels by Wilson.

The left-back links up with his brother JR at the club after a recent spell at Dalymount Park with Bohemians.

“Conor signing for Shelbourne is a great coup for the club especially after him having many offers from different clubs,” Duff explained on Kearns arrival.

“He is a top young goalkeeper that has high ambitions in the game and he will fit perfectly into our culture. Conor’s arrival is another big statement of where we want to go.”

And on Wilson’s, Duff added: “It is not very often that you get the chance to play top level football with your brother.

“It will be great for the Wilson family to see the boys line out together.

“On top of that, Tyreke is a very technically gifted footballer and just as important as that, he has an absolute edge to him that I love.”

Meanwhile, both Robinson and Quinn join the club from St Patrick’s Athletic and Drogheda United respectively.

Both players will be looking to fill the void left by Dan Carr and Aaron O’Driscoll – with Carr and O’Driscoll leaving Shels along with former Norwich City starlet Josh Giurgi.