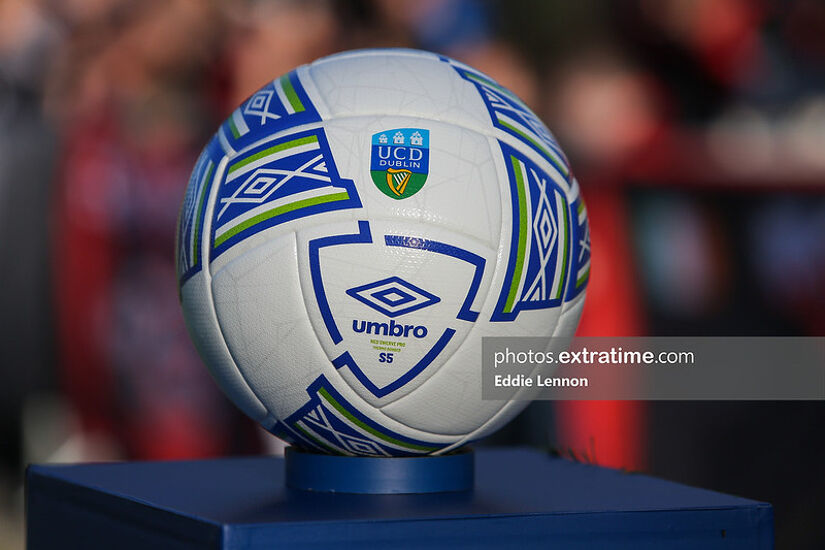 In the build up to tonight’s play-off final, UCD suffered a 2-0 defeat to Shamrock Rovers last Sunday in what was their last regular league game of the season. Howver the Blues still carry momentum into the promotion/relegation play-off against Waterford at Richmond Park (kick-off 7.45pm).

The Students and the Blues met in last year’s play-off final but back then UCD were the First Division side and Waterford the top flight team.

UCD prevailed to gain promotion that night and even with the roles reversed UCD assistant manager Willie O’Connor reckons the Students are well placed to keep their top flight status.

“Maybe this year being in the Premier Division might give us the edge,” said O’Connor speaking in the run up to the game.

“Normally going into the play-off, the momentum mightn't be with you but over the last four games, we have been playing really well and that gives us confidence.”

Prior to the defeat at the hands of the Hoops, across an eight day period UCD drew and won twice including a 3-1 victory away to Harps in what was ideal preparation for the play-off.

“We had three big games in a week and they were all really important matches. The Harps game was like a play-off before the play-off and we are very happy with how we played that day. We will look to bring that in to Friday night.”

UCD manager Andy Myler will be back in the dugout alongside O’Connor for that game against Waterford having finished the final match of his four game suspension sitting in the pressbox watching his team lose their fourth match of the season to Shamrock Rovers.

“We have had a good look at Waterford,” said O’Connor looking ahead to tonight’s game in Dublin 8. “They are a really really good side and also have good momentum.

"Their front three players are excellent and in Phoenix Patterson they have a striker who is at a Premier Division level. We will have our job cut out to contain them but we will get a game plan together that hopefully will get us a result.”