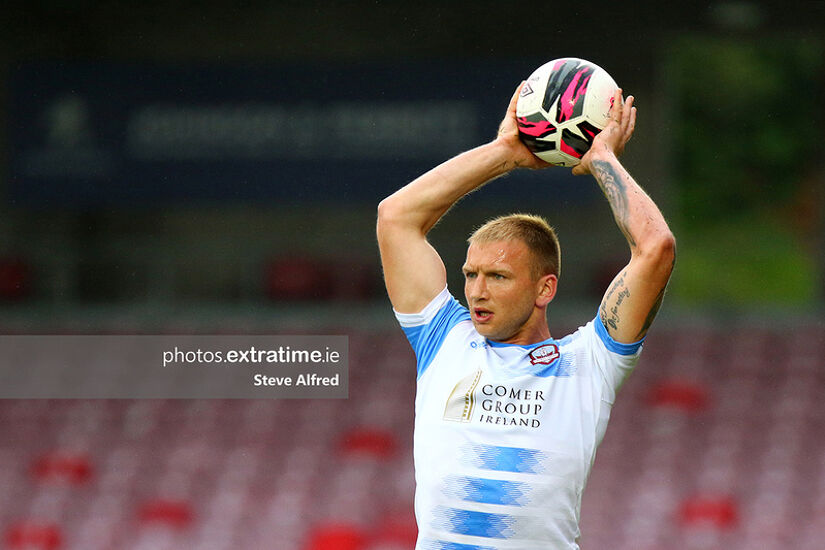 Enda Curran already gave the Treaty the lead in the opening stages who must wait at least another week to seal their place in the play-offs.

The hosts were in front for 71 minutes, but Galway deserved a draw based on an improved second-half display.

The hosts took the lead as early as the tenth minute and native Galway men Marc Ludden and Enda Curran were the chief protagonists.

Ludden’s trademark long throw was collected by Curran who fired his low first-time shot to the net for his 13th league goal of the season.

Willie Armshaw’s effort forced a fine save from Conor Kearns and Treaty failed to exploit the resultant corner.

On 41 minutes, Armshaw was again to the fore but his close-range effort went the wrong side of the post after the cut inside from the right. Tommy Barrett’s men still led 1-0 at the break.

Treaty almost doubled their lead within 60 seconds of the restart. Conor Melody’s 20-yard effort drew a fine save from Kearns and the resultant corner amounted to nothing.

Curran and Ludden almost combined for another goal on 73 minutes. Curran outmanoeuvred Charlie Lyons after collecting a pass from his fellow Galway native but failed to direct his subsequent effort on target.

The Tribesmen eventually restored parity nine minutes from time thanks to a controversial penalty as Ludden was rather harshly adjudged to have brought down Wilson Waweru.