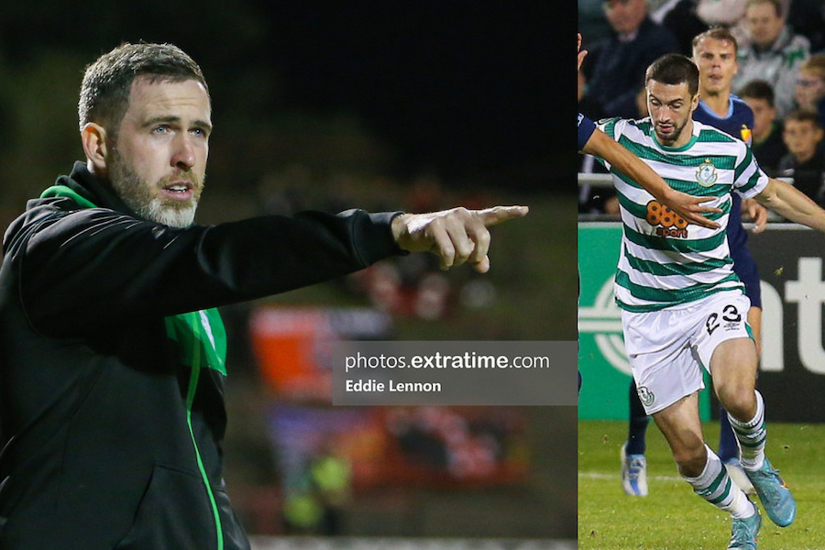 Stephen Bradley on Neil Farrugia: ‘Defences are scared of him when he gets the ball’

Stephen Bradley’s Shamrock Rovers side had their league lead cut to two points on Friday night by Derry City after their 1-0 win in Inchicore. The Hoops will be looking to bring their cushion over the Candystripes back to five points with five games remaining with a win in Sligo on Saturday night.

Speaking to extratime.com about the upcoming fixture, Bradley said: “Sligo is never an easy game and we know it is a tough place to go. They all are at this stage of the season. We will go there with the aim of getting three points.”

The Hoops come into the match, having scored just two goals in their last four games, with Neil Farrugia getting the only goal in their last league outing – the 1-0 home win over UCD last Monday.

Bradley was full of praise for Farrugia who has three goals from his last three league games. The former UCD man on his return from injury has played in Rovers’ last 16 games, starting three of the last four.

“I’m delighted for him. He has been excellent for quite some time - either starting or coming off the bench. Defences are scared of him when he gets the ball as they have to overload to defend against him and that unbalances them and gives us a chance to hurt them in other areas. He has been a real asset to us since he came back and he is only going to get better.”

Bradley’s boys dominated that game against UCD but could only win 1-0,  a result which seemed to unsettle some of the home support. The Hoops had 29 shots on the Students goals, ten of them on target, and so the Hoops Head Coach was happy enough with the performance.

“If we took a few more of our chances, I think people will look at our performance differently but because it was 1-0 people got frustrated,” said Bradley. “We had six really good chances, apart from the goal, but it was all about getting the three points which we did. We weren't clinical enough in the final third but that happens sometimes. We didn't take our chances.

“We had a number of really good chances in both half and we didn't take them and at 1-0 UCD are always in the game. We need to finish those chances and we usually do take them when we create that many. We scored five against Finn Harps (in their previous home league game).”

Bradley highlighted the importance of Alan Mannus while the goalkeeper didn’t have much to do against UCD he pulled off one top quality save to earn his 97th league clean sheet – equalling the club record held by Barry Murphy.

“It is the sign of a topkeeper when you aren't involved in the game like that, a game where we had so much possession and so much territory, but you stay focused and he did that. I was behind Dylan Duffy’s shot and when he hit it, it looked like it was in. It was a fantastic save and I’m delighted that he has equalled that record and hopefully he can go on and beat it.”

Bradley wasn’t concerning himself too much with talk of a title race. He emphasised the title it within their own destiny. “There was a lot of noise and hype but we do our business and it doesn't matter what others do. We focus on what we do.”