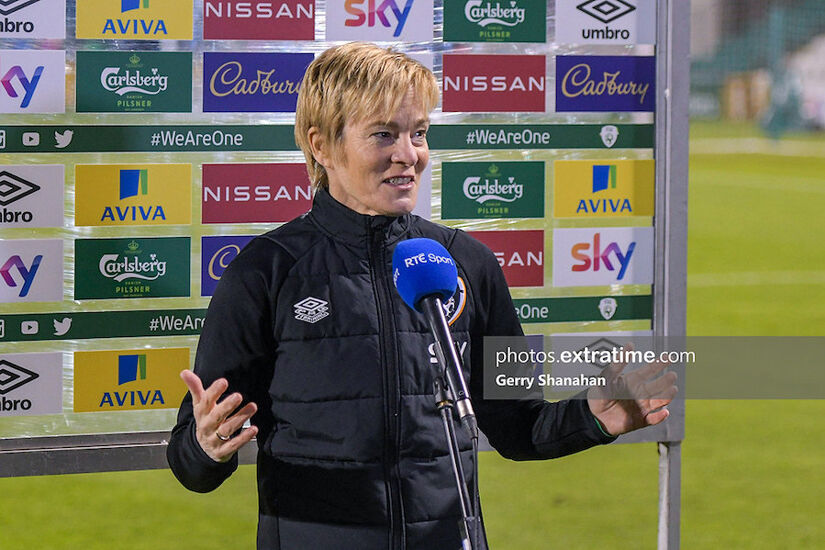 Vera Pauw has recalled a number of players to the squad Credit: Gerry Shanahan (ETPhotos)

Vera Pauw has selected a squad of 28 players for the Republic of Ireland’s 2023 FIFA Women’s World Cup Qualifying Play-Off which will take place on Tuesday, October 11th.

Due to a number of injuries, Pauw has needed to recall a number of players who missed out on the recent win over Slovakia.

Injury has meant the Republic of Ireland will have to plan without the services of Savannah McCarthy, Megan Connolly, Ruesha Littlejohn, Ellen Molloy, Aoife Colvill and Leanne Kiernan.

As a result, Niamh Farrelly, Roma McLoughlin, Izzy Atkinson, Kyra Carusa, Niamh Fahey and Jamie Finn have been included for the upcoming fixture.

Ireland will be away to either Scotland or Austria, who play each other on Thursday for their play-off encounter.

Depending on whether it will be Glasgow or Austria, the Irish team will depart Dublin on October 9th.

The Republic of Ireland booked their place in a play-off thanks to a second-place finish in Group A finishing on 17 points.

The group campaign saw the Irish side win five, draw twice and lose once. The only loss, a 1-0 defeat, came at the hands of group winner Sweden.