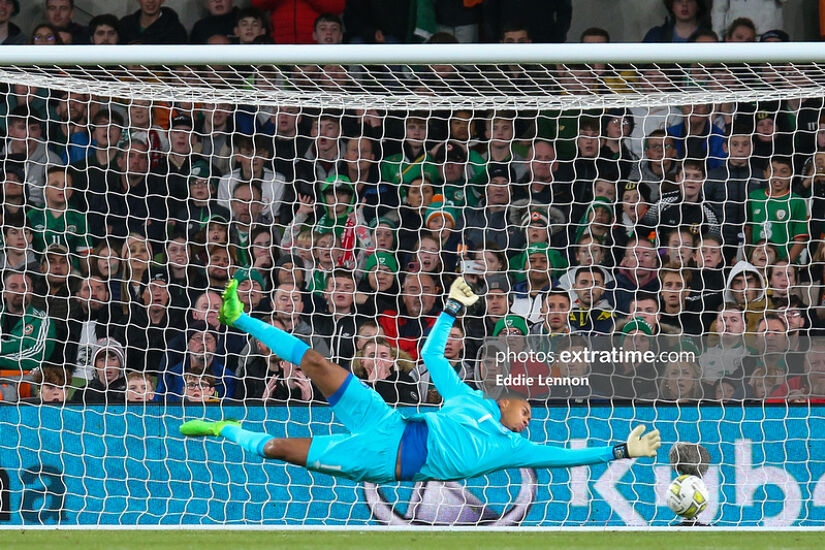 Stephen Kenny: ‘It’s a few minutes of madness and I think we can learn from that’

Stephen Kenny felt his Republic of Ireland side were convincing winners but admitted the team lost their structure in “a few minutes of madness” which saw them inexplicably cough up a two-goal lead against 92nd ranked side Armenia before a stoppage time Robbie Brady penalty spared the blushes and turned the tie back in their favour.

Those who subscribe to the theory of results being the be all and end all will have struggled to come to an acceptance with that after what transpired in the last twenty minutes.

Ireland were in cruise control at 2-0 up without being brilliant and a largely boring game burst into life when two long range strikes in a matter of minutes flew past Gavin Bazunu and levelled the match – making the seemingly unthinkable threat of relegation a distinct possibility.

It's not the first time during Kenny’s reign that Ireland have conceded the lead and surrendered control of a game and the manager felt his side got caught out chasing the third goal when it was unnecessary.

“I think we today we went chasing the third goal when we didn’t need to do it,” said Kenny. “We had centre halves overlapping at 2-0 up. We lost a bit of structure. You must maintain your structure, some protection for that (overlapping) as well when you’re winning.

“I thought we played well overall”, said Kenny. “That’s the identity of the Irish team now: to dominate possession, although Armenia surrendered possession and dropped deep. We are certainly capable of stringing 20 and 30 passes together, we have no problem switching the play. We still want to improve the amount of chances we create.

“It’s a few minutes of madness and I think we can learn from that. We needed to get the third goal then and we got it.”

Kenny’s substitutions were highlighted in the second-half of the defeat away to Scotland on Saturday and it was another change in personnel that backfired, leading to the Armenian equaliser.

Jayson Molumby was very good in the 54 minutes that he played but having been lucky to avoid a second yellow card he was hooked for Conor Hourihane – now playing in League One with Derby County.

The Cork man played an appalling square ball in midfield which led to the Armenian equaliser and Kenny admitted that the experienced midfielder would be the first to acknowledge his error.

“He’s a terrific passer of the ball, that’s his strength and he’s been a really good player for Ireland,” explained Kenny who feels his side must improve defensively rather than in the attacking third of the pitch having kept just one shutout in this year’s Nations League campaign.

“We have to get better at keeping clean sheets, it’s not the creativity that concerns me. To be successful that is an important dynamic in the team, we have to improve.

“We thoroughly deserved it (the result). We were convincing winners. Once we won the game, that was the main thing. We’ve scored three here and three against Scotland.”