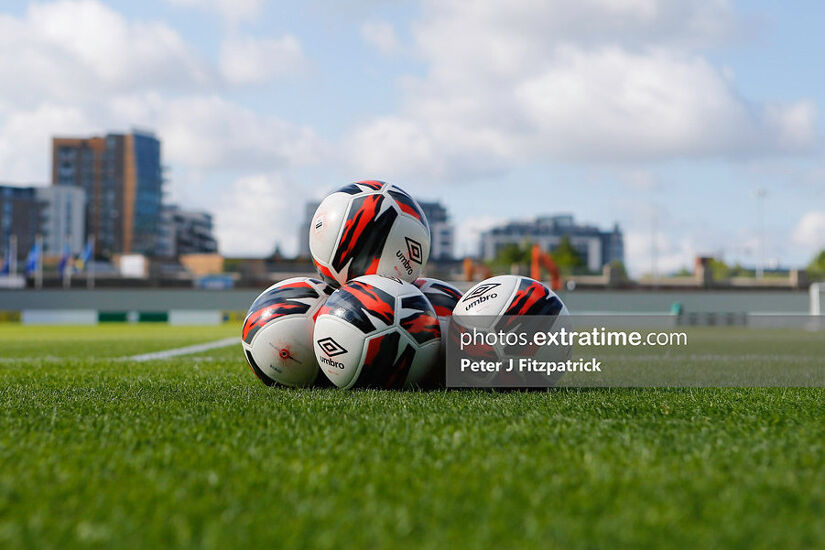 Barry Prenderville: ‘In the past English clubs would give 2,000 quid or a bag of balls to an Irish schoolboy club for a player’

Once hailed as one of the country’s most promising young footballers, Barry Prenderville’s playing career didn’t quite work out as planned, but he’s now in the unique position, as Maynooth University Soccer Development Officer, to encourage players give it their best shot knowing that there’s an educational parachute if the dream doesn’t become a reality.

Schoolboy football with Cherry Orchard preceded over half a decade at Coventry City, but unfortunately those formative years didn’t result in a first team appearance.

“I spent too much time there,” said Prenderville when extratime.com caught up the with player recently to discuss his career. “I was on the bench a few times. In 1998 they did great in the Premiership, coming 11th and reached the FA Cup quarter-final.

"I was in the squad a lot that year, but Swedish international Roland Nilsson was playing in my position, very rarely got injured and it was just very difficult to get in. Gordon Strachan (manager) didn’t fully trust me. He liked me as a player and my attitude, but not enough for the first team.”

A successful loan spell at Alex McLeish’s Hibernian convinced the Scottish club to want Prenderville on a permanent basis, but Coventry held out for more money, which never materialised, despite offloading him the following year.

“In the past English clubs would give 2,000 quid or a bag of balls to an Irish schoolboy club for a player. However, when I went from Cherry Orchard to Coventry, there was a tribunal and they ended up paying £180,000 for me. So when Hibs wanted me, maybe Coventry wanted to recoup some of that money.

"That was probably one of the first times that an Irish club took an English one to UEFA. I think Hibs offered around £80-100,000 for me, but Coventry wanted more. The following year there was a clear out, with a lot of young players let go. We would have been better off if Coventry had been relegated. They would have kept that group of young players, but such is life.”

Ending up at Ayr United, a move which didn’t last long, the young defender returned to Ireland, signing for St Patrick’s Athletic before deciding to give English football another try, at Oldham Athletic in 2000.

“I have full respect for League of Ireland clubs, but when you’re growing up in the eighties and nineties in Ireland, I wanted to play for a top English club and my country. When I first came back to St Pat’s, I felt I was outstanding in that group of players.

"I was more comfortable being home. The support structure was around me and I felt I was in really good form. I would have played in any position, even striker if I was asked. I was looking after myself, always had a good attitude, my family were coming to games ... I felt that I could compete with anybody. Going back to Oldham, I was hoping to go on to bigger things, but it doesn’t always work out the way you want.”

Upon leaving Boundary Park, Barry reappeared on the domestic front with Shelbourne, before a second stint at St Patrick’s Athletic, where in his first season back played in virtually every game and in a variety of positions.

“Having such a good experience the first time, I felt wanted. I loved working with Eamonn Collins. He encouraged and believed in me. I had a great first season, second time around. We won the League Cup and reached the FAI Cup final, but fell away towards the end for a European place. I got an ankle injury at Shelbourne, which dogged me for the rest of my career. Even though I played almost every game for St Pat’s, I was popping anti-inflammatories and in lots of pain.”

Joining Shamrock Rovers in 2006, Prenderville only made a couple of appearances before parting ways with the club and senior football.

“It was a part-time contract I was offered. They were in the First Division, but training five days a week. The manager, Pat Scully, pushed people hard and that’s his style. Training sessions were full-blooded and whole hearted, so you had to be fully fit. I needed a manager, who because of my ankle, would allow me to train two days a week and be ready on a Friday. That wouldn’t have been acceptable under Pat.

"I thought that the more I play on hard pitches during the summer, the more damage I do to this ankle and the less chance I have of a normal active life later on, instead of a permanent limp. After games it felt like a knife in my ankle and the next day I could hardly walk. If I carried on like that for four or five years, what condition would my ankle be in now?”

After retirement, Barry became an FAI Facilitator and hasn’t looked back since.

“I’m based in Maynooth University since 2008. I came out of football early enough and it was a good thing in a way. It was a clean break and I had to find a way of supporting my family. I was coaching locally and doing my badges. The FAI were advertising lots of jobs. I went for numerous Community Development Officer jobs, but was unsuccessful.

"Eventually I got the Maynooth University FAI job and since then I’ve  run their programme. I was a good player who didn’t get much luck that I deserved, but got a good stroke of luck to get this job. I’m now employed directly by the university since 2018. I’ve worked hard, but I’m happy to be still involved in the game.

"We’re encouraging players to get an education at the highest level because football can be fickle and ruthless. We have a long list of guys and girls who have been successful. I’m passionate about them having confidence in having a go at football without worrying about if it doesn’t work out.”