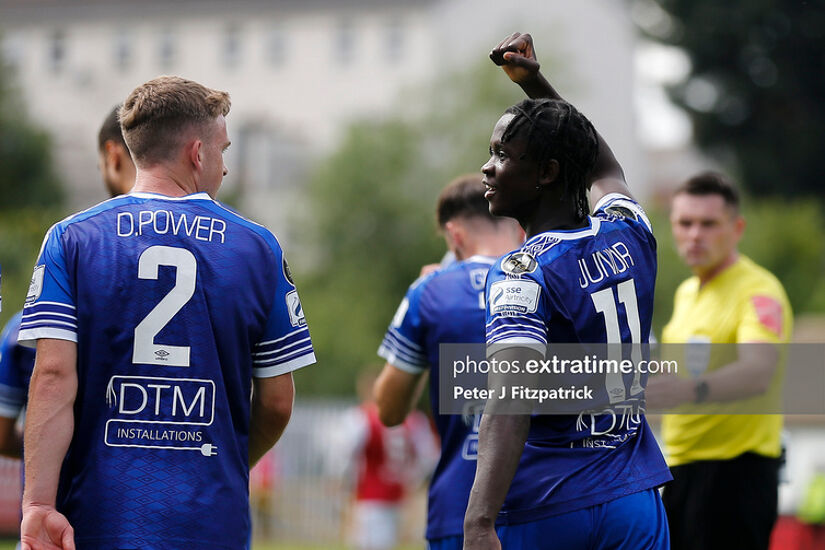 It was an exciting weekend in the First Division with a number of unexpected results throughout the league, the major winners were Treaty United who extended their gap over Wexford and Waterford who cut the gap to Galway United.

The Limerick outfit travelled to Turner’s Cross to take on league leaders Cork City on the back of a 2-1 defeat to Waterford last weekend and having failed to score against the Leesiders in their previous three league encounters this season - suffering 4-0, 3-0 and 5-0 defeats along the way- only the most ardent of followers would have predicted any sort of a result.

However, courtesy of a thunderbolt of a strike from former Cobh Ramblers defender Ben O’ Riordan and a Marc Ludden penalty, Treaty United won 2-0 and recorded their fourth clean sheet in their past 5 games.

Wexford’s 2-2 draw at home to Cobh Ramblers meant the Slaneysiders lost ground in the push for play off places. Shane Keegan took his Rams side to Ferrycarrig Park and they took the lead early in the second half thanks to a Conor Drinan strike just after the break. Harry Groome equalised for the home side shortly afterwards before Sean McGrath netted his first of the season to retake the lead on the hour mark. They held on as the game headed towards its conclusion, however with five minutes left, Luka Lovic popped up to fire in the equaliser for Ian Ryan’s men.

Just down the road, Waterford hosted Galway United as third faced second as the RSC. Despite conceding an early goal to the prolific Stephen Walsh, the Blues quickly pegged the Tribesmen back with a Roland Idowu  effort as the half ended a goal apiece. The second half saw a red card for Galway skipper Conor McCormack, a missed penalty for Phoenix Patterson and, with less than ten minutes left on the clock, Junior Quitirna converted Waterford’s second spot kick of the night as they closed the gap between themselves and Galway to six points with a game in hand over their rivals.

Elsewhere in the division, Longford Town recorded a 3-0 victory over Bray Wanderers at the Carlisle Grounds. A double from new striker Jordan Adeyemo- his fourth league goal in five appearances- and a penalty from Same Verdon gave De Town their twelfth win of the campaign as they stay comfortably in the hunt for promotion.