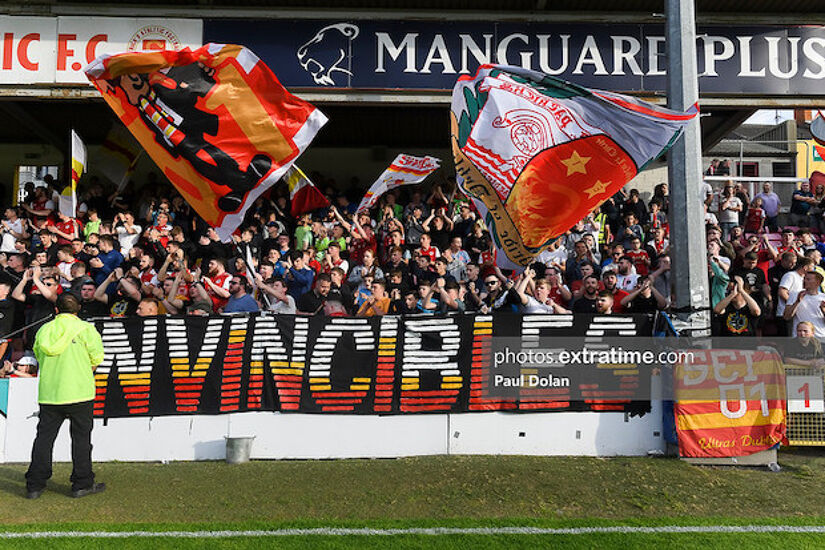 CSKA, in its current guise, were founded in 1948 but the team's roots date back to a side founded by army officers in Sofia in 1923. They are Bulgaria’s most successful club having won 31 Bulgarian titles and 21 Bulgarian Cups. Their most recent league title came in 2007–08 with Litex Lovech winning the following two and Ludogorets (who last week knocked Shamrock Rovers out of the Champions League qualifiers) the most recent 11 league campaigns.

While Ludogorets have been the flag bearers for Bulgarian football in recent years, CSKA are still the country's most successful club having reached the semi-finals of the European Cup on two occasions. First in 1966/67 when they were beaten by Helenio Herrera’s Internazionale and then in 1981/82 by Bayern Munich.

They have also played League of Ireland opposition on two occasions. Beating Limerick in 1965/66 in the European Cup Winners' Cup 4-1 on aggregate and more recently defeating Derry City 2-1 in the Europa League Third Qualifying Round in 2009/10.

They come into this game with St. Pats sitting joint-top of the Bulgarian First Professional Football League with 10 points from the first four games of the campaign.

In the previous round of the Europa Conference League qualifying, they faced Makedonija GP of North Macedonia. The first leg was a scoreless before the Bulgarians won 4-0 at home last Thursday to advance.

Their top scorer from last season Ecuadorian striker Jordy Caicedo (22 goals) has left the club, joining Mexican side Tigres UANL. Joining him through the exit door was Dubliner Graham Carey who racked up the highest number of assists (10) so it's a new look attack for CSKA Sofia.

Winger Georgi Yomov has nine caps for Bulgaria and could be a key player he provided 11 goals and seven assists last season. While forwards Brayan Moreno and Duckens Nazon both have two goals in four appearances this season.

Their captain is Dutch centre-back Jurgen Mattheij who joined the club from Sparta Rotterdam in 2020.

Their head coach is former Yugoslavia, Serbia and Montenegro and Serbian international midfielder Saša Ilić. He joined the club in June after a spell with the Serbian side Cukaricki where he guided them to third place in the Serbian top flight.

The 44-year-old will be familiar to Shamrock Rovers fans as he captained Partizan Belgrade during the Tallaght side’s famous victory in 2011 which saw them become the first League of Ireland club to qualify for a European group stage.

Ilić is Partizan's most capped player in European club competitions with 113 appearances.

The officials for this tie are from Austria. The referee is Manuel Schuettengruber, the Assistants are Roland Brandner and Andreas Rothmann and the fourth official is Stefan Ebner.

CSKA Sofia play in the Stadion Balgarska Armia ( Bulgarian Army Stadium). It has four stands with a full capacity of 22,995.

The winner of this tie will play the winner of Brondby and Basel in the Europa Conference Playoff Round.