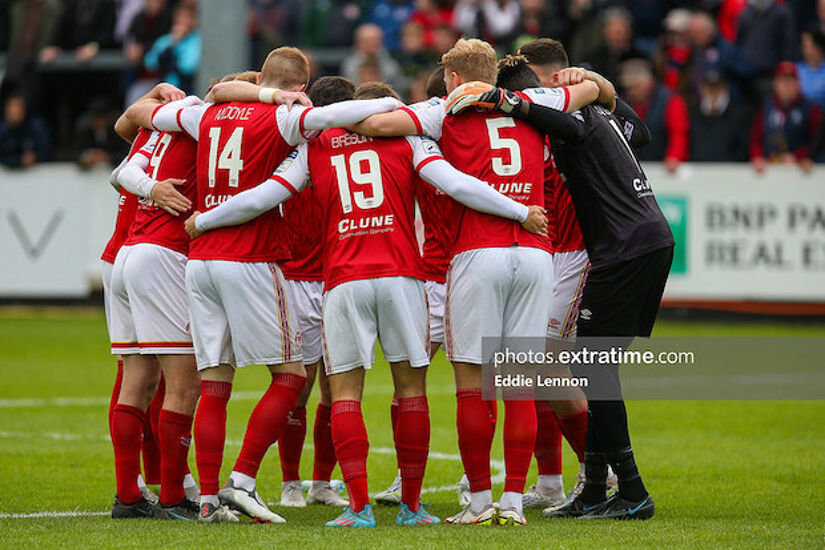 The first leg of St. Patrick’s Athletic’s Europa Conference League third round qualifier away to CSKA Sofia will be broadcast by RTÉ this coming Thursday.

The match will be shown on the RTE News channel, the RTE News Now app and the RTE Player. Kick-off is 6pm Irish time.

CSKA Sofia progressed to this round after the Bulgarian side won 4-0 win at home against FK Makedonija Gjorce Petrov (the first leg had been scoreless).

Should the Saints be eliminated by CSKA, they will earn €0.75m from this year’s European campaign. Progression one further round to the play-off, would guarantee the Athletic €1.05m. Group stage qualification would earn them a minimum of €3.3 m.

Thursday’s @europacnfleague 3rd QR 1st Leg away to CSKA Sofia will be shown live & for free on the RTE News channel, the RTE News Now app & the RTE Player