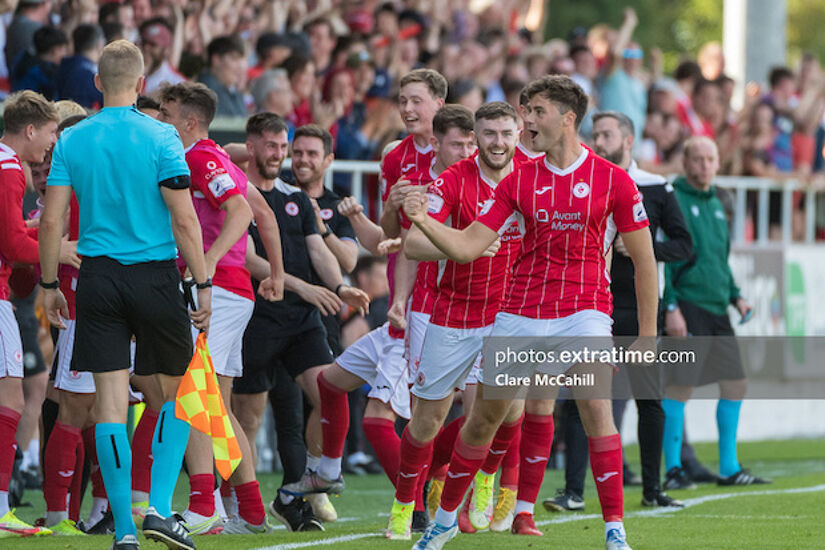 The Athletic’s away game in Tolka Park against Shelbourne, originally scheduled for Friday 5 August has moved on two days to Sunday, 7 August (kick-off at 5pm).

The Pats v Sligo Rovers game originally scheduled for Friday 12 August 12 is also moved on two days. It will be played on Sunday, 14 August 14 with a kick-off 5pm, although the fixture is subject to change depending on European progression and the outcome of the play-off round draw (which takes place on next Tuesday).

The Sligo Rovers v Bohemians clash, originally scheduled for Saturday 6 August 6, has been moved on a day to Sunday, 7 August 7 (kick-off 4.45pm).

The Bit O' Red will face Viking in the Europa Conference League third qualifying round. The Norwegian side won 2-1 at home against Sparta Prague after the first leg ended scoreless last week.

The first leg in Stravanger takes place next week (6pm Irish time) with the second leg confirmed for the Showgrounds on Thursday 11 August (kick-off 7pm).

If the Bit O’ Red exit at this stage, they will bank €0.85m. Progression one further round to the play-off, would guarantee them €1.15m. Group stage qualification would earn a minimum of €3.3 m.

St. Patrick’s Athletic will play CSKA Sofia in the third qualifying round after the Bulgarian side’s 4-0 win at home against FK Makedonija Gjorce Petrov (the first leg had been scoreless).

The first leg against the Saints takes place in the 43,000 capacity Vasil Levski National Stadium in Sofia next Thursday (6pm Irish time). The second leg is fixed for Tallaght Stadium on Thursday 11 August (kick-off 7.45pm).

Should the Saints be eliminated by CSKA, they will earn €0.75m. Progression one further round to the play-off, would guarantee the Athletic €1.05m. Group stage qualification would earn a minimum of €3.3 m.