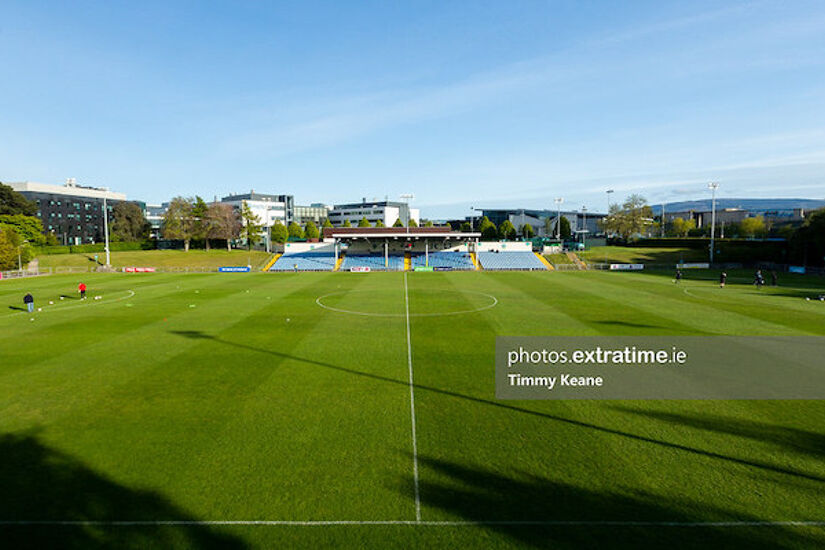 UCD progressed to the second round of the FAI Cup with a 3-0 win over Cockhill Celtic at the UCD Bowl on Friday night.

Thomas Lonergan put the Students into a comfortable lead in the first half with two goals, Michael Gallagher added a third in the second half to ensure UCD avoided a cup upset against the Ulster Senior League side.

Andy Myler made three changes to his side from their 2-0 loss to Shelbourne in the Premier Division last weekend, Evan Osam and Donal Higgins both dropped to the bench with John Ryan and Thomas Lonergan coming into the starting line-up in their place.

It was the visitors from Donegal with the first half chance in this encounter, Fionn McClure was played away on the left flank, but he ran out of space and fired off a shot, but it was a routine collection for UCD’s Lorcan Healy in the end.

Michael Gallagher went on a great run from defence for the Students in the tenth minute, the right back put the ball between the legs of an unsuspecting Celtic player and managed to take the ball into the box but his shot left something to be desired and it was cleared by the Cockhill defence.

The home side went close twice minutes later, Evan Caffrey found Thomas Lonergan at the back post with a free kick, his header was tipped over the bar by Daniel Houghton for a corner.

Houghton was called into action immediately when the resulting corner found itself to Sean Brennan on the edge of the box, the midfielder’s shot was tipped over the crossbar again by Celtic’s shot stopper.

Cockhill’s Jason Breslin did well to escape his marker in the 29th minute and had a good chance to score from close range after Lee McColgan’s good header into the box, the defender was off balance and pulled his shot wide, however.

UCD went right back to work after that scare and got up the field, Dylan Duffy delivered an excellent ball from the left wing finding Thomas Lonergan unmarked in front of goal for an easy header and the lead.

Andy Myler’s side doubled their lead just four minutes later after some great hold up play by Dara Keane deep in Celtic’s box, despite some intense pressure he managed to take the ball down and play it back to the onrushing Lonergan who fired the ball into the top corner for his second goal of the night.

Shortly after the re-start it was the visitors who fancied their chances when Corey McBride spotted Lorcan Healy off his line, the long range lob very nearly beat the goalkeeper but to his relief it sailed over the bar.

Michael Gallagher went close in the 54th minute when he met an Evan Caffrey corner ball at the far post, the defender took it on the volley, but he couldn’t keep the shot on target and the ball blazed inches wide of the post.

Lonergan showed some great skill in the box when John Ryan played him inside in the 65th minute, the forward skipped around a couple of Celtic defenders before firing off a shot at close range, Houghton denied him the hat trick.

The Students scored their third in the 75th minute, they ran the same corner routine from the left as they did earlier, this time Gallagher met Caffrey’s ball with the head at the far post sending it back across goal and into the bottom corner.

A good performance secured a rare win for UCD during what has been a difficult season for the South Dublin side, they won’t have long to enjoy it as they return to action on Monday when they travel to Head in the Game Park to face Drogheda United (kick-off 5pm).