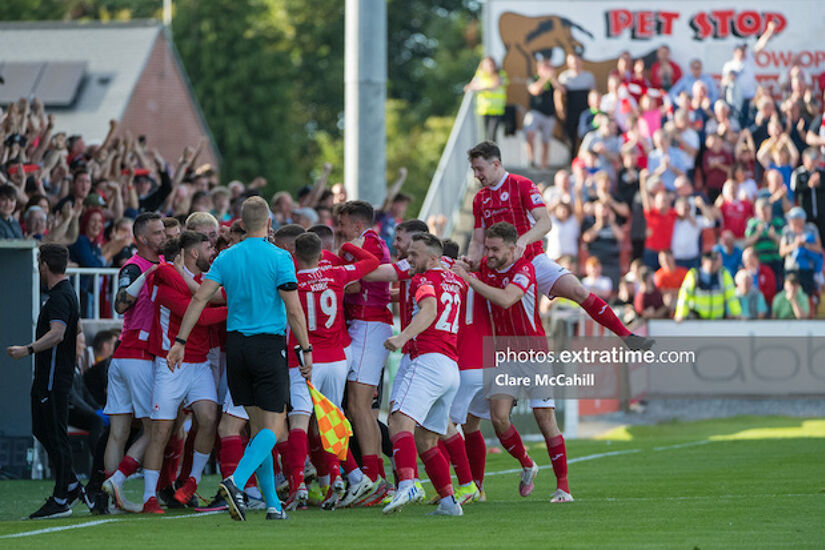 It was a great night for League of Ireland sides in Europe as both Sligo Rovers and St. Patrick’s Athletic progressed to the third qualifying round of the Europa Conference League.

Shane Blaney's early first half screamer of a free kick and Max Mata's late second half goal gave them victory in the Showgrounds.

The Bit O' Red will face Viking in the next round. The Norwegian side won 2-1 at home against Sparta Prague after the first leg ended scoreless last week.

Meanwhile in Slovenia, St. Patrick’s Athletic won a dramatic penalty shootout against Mura. The sides had played out a 1-1 draw in Richmond Park and the second leg was scoreless over 120 minutes with Mura playing from 71 minutes with ten man after a red card Matic Marusko.

In the shootout the Saints scored six of the eight they were required to take. When Ito Cipot drove Mura’s eight penalty over the bar, Pat’s were through to the next round winning the shootout 6-5.

They will play CSKA Sofia next week who won 4-0 at home against FK Makedonija Gjorce Petrov (the first leg had been scoreless).