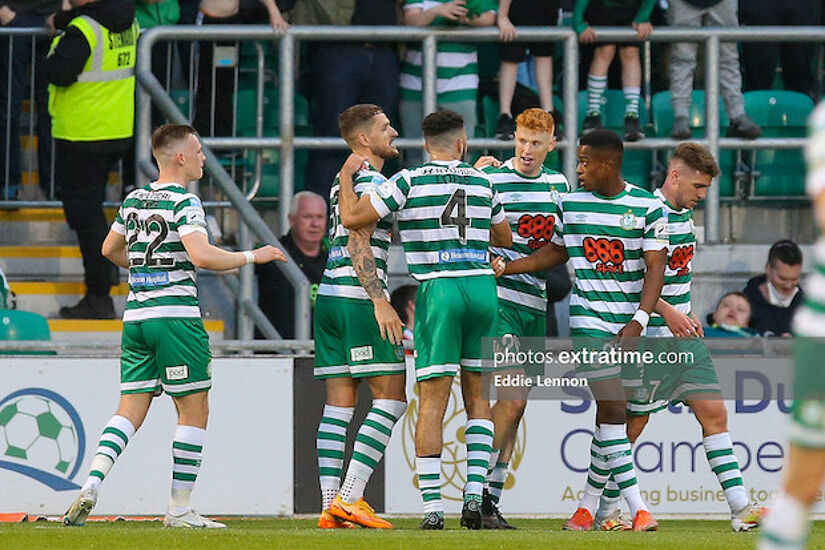 The Leinster Senior League side are the designated home team in Friday’s FAI Cup clash against the 25 times cup winners Shamrock Rovers. The game is being played in Tallaght Stadium where the Hoops have only lost one competitive domestic game in over three years.

With 700 tickets sold online 24 hours ahead of the game, Celtic will be hoping for a good walk up crowd on Friday in Tallaght where only the main West Stand will be open.

Bangor Celtic will be looking to become only the second ever non-league side to knock ‘cup specialists’ Shamrock Rovers out of the competition. St. Patrick’s Athletic were a non-league side in 1949 when they dumped the Hoops out in the first round.

Celtic are in their preseason having finished seventh in the top division of the 2021/22 Leinster Senior League and have a squad that includes a number of former League of Ireland players including Derek Prendergast (Bohemians/Shelbourne/Bray Wanderers/Drogheda United/Athlone Town), Cian Maher (Bray Wanderers) and Jordan Andre (Cabinteely).

Hoops Head Coach Stephen Bradley said ahead of the game that “we watched them a few games from last year. I know that there have been a few personnel changes this year so we are not too sure on their lineup, but we have a general idea of what they will be about.”

After elimination from the Champions League qualifiers at the hands of Ludogorets during the week, the Hoops will want to make sure they have no Euro hangover as they face Bangor Celtic in the FAI Cup on Friday.

The Hoops of course carry momentum into the game having won the second leg 2-1 and after their 4-2 aggregate defeat they drop into the Europa League qualifiers – they face North Macedonian side Shkupi in Tallaght next Thursday in the third qualifying round.

Speaking about the tie against Ludogorets Stephen Bradley said: “We felt that we were right in the tie in Tallaght and we thought that we could have gone through, but obviously, we haven't. We know that the goals we gave away over there (in a 3-0 first leg loss) really hurt us, so frustration was the dominant emotion (after the game).

“Our play on the night was excellent and deserved one or two more goals. The one where Richie (Towell) is on goal is a really poor decision by the referee and it changed how the last 20 minutes played out.”

The second leg victory was Rovers’ sixth win from their last nine home European ties. “Our record has been fantastic and that is all down to the players. We’ve played some top teams over the years and the players have proved that they are more than a match for any of them. I’m really proud of the group.”

The Hoops were eliminated from the FAI Cup last season by Bohs in the quarter-final played three days after their Europa League play-off second leg against Flora Tallinn. So Rovers will be looking to avoid any cup stumbles this time around.

“The FAI Cup is one of the competitions that we want to go and try to win, it’s one of our aims this year. So we have to make sure to win the game to put ourselves in the hat for the next round.”

In Rovers’ run to the semi-final in 2017, the played two Leinster Senior League teams beating Glenville 1-0 in the first round and Bluebell United 4-2 in the quarter-final.

2018 was the last year Rovers were beaten by a non-Premier Division side in the cup. That season they were eliminated in the first round by Drogheda United who were playing then in the second tier of the League of Ireland.