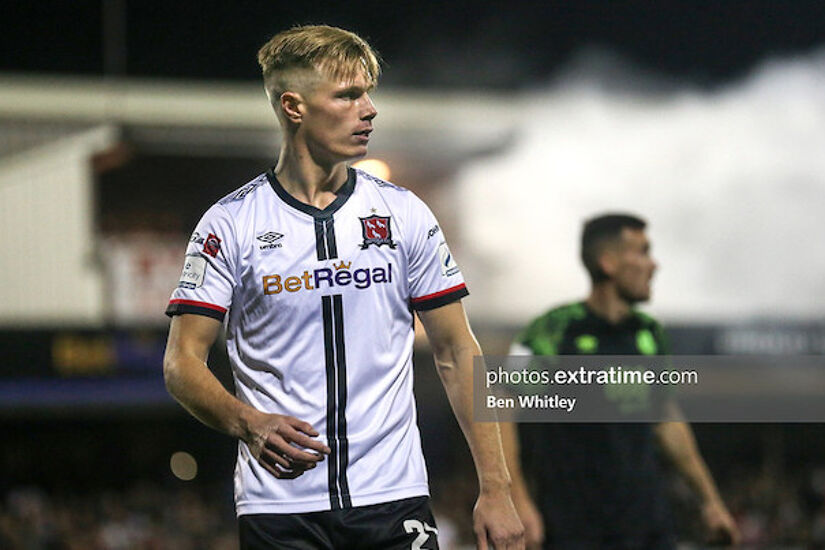 Shamrock Rovers confirmed their second signing in 24 hours with the arrival of defender Daniel Cleary coming a day after the Hoops secured the services of Simon Power.

The duo will both be available for Friday’s ‘away’ FAI Cup tie against Bangor Celtic at Tallaght Stadium (kick off 8pm).

Cleary had trained with the Hoops in 2018 before deciding to join Dundalk where he won two league titles and two FAI Cups and played in the Europa League group stages in 2021 (alongside Sean Hoare and Sean Gannon).

Stephen Bradley had looked to sign him before he made the move to St. Johnstone and he now finally has his man.

“It’s no secret that Dan is someone that we have admired for quite some time,” said Hoops Head Coach Stephen Bradley speaking to shamrockrovers.ie. “We spoke at length before he went to St. Johnstone and kept in touch. The opportunity to sign him came up recently and we are delighted to get him in the door.”

With Pico Lopes out with a knee ligament injury for the next two months, and Barry Cotter gone on loan with St. Patrick’s Athletic, Cleary is a valuable defensive addition to the squad and at 26 years  old he lowers the average age of a Rovers squad that currently has seven players in their 30s and one in the 40s (Alan Mannus).

“He has a lot of the attributes that we require from our defenders. He’s a very experienced player that has won everything that there is to win. We feel that he is someone that will improve our team and our squad.

“We look at the whole package that he brings, with European experience, and trophies, he’s played at a good level for all of his career, and he is a good age for us as well.  He ticks all the boxes that we look for in a player.

“He’s fit, he’s had his pre-season minutes and he is ready to go. He trained with us on Thursday morning and he is available on Friday as is Simon Power (for the FAI Cup first round game).”

Cleary asked to be released from his contract with the Scottish Premiership side due to personal issues. “There is a family situation going on at the moment, so I am happy to come back home,” said Cleary speaking to SRFCTV. “Stephen (Bradley) made contact with me so it was perfect timing”

“I loved it,” said Cleary about his time in Scotland. “I went over and was straight in the team - it was a tough few months but we got the end result, to avoid relegation and stay up.

“It's good to see how well Rovers have been doing the last few years and I'm looking forward to being a part of it. I think this squad can definitely reach it (the group stages in Europe) so that has to be the aim.

“Myself and Jack (Byrne) get along quite well, we've been friends for years. We went on trial when we were about 13, so I’m looking forward to seeing him every day.”