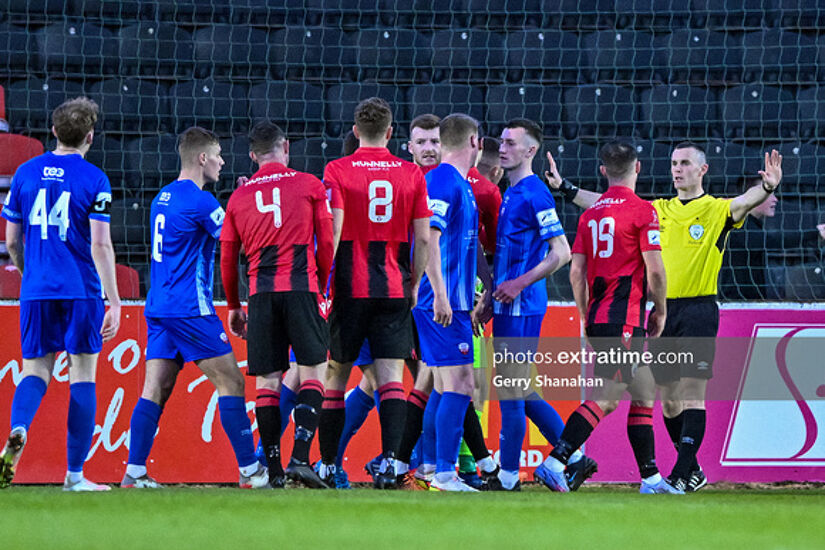 The Limerick men are currently outside of the play off places courtesy of a lesser goal difference than fifth place Wexford FC. Last week saw Tommy Barrett’s men travel to St Colman’s Park and pick up a 2-0 win, recording their seventh clean sheet of the campaign- a sixth for former Longford Town keeper Jack Bray.

With the transfer window open, the Shannonsiders have picked up former Sligo Rovers Academy prospect Darren Collins to fill the hole left by the departure of Charlie Fleming. Collins’ ability to play in both attack and defence may also help offset any potential absence of former Galway United frontman Enda Curran- the striker has netted 6 goals for the side despite missing a number of games.

Carrying the goalscoring threat in his absence has been Dean George with the ex Wexford forward also netting half a dozen strikes however the arrival of Collins may also add another dimension to the Treaty attack which has seen Curran and George account for half of their league goals scored this season.

Longford Town have also lost an attacking threat of their own recently with the departure of Ryan Graydon to Derry City. However, the recent return of another ex Bohemians Academy product has possibly helped offset Graydon’s departure. Striker Christian Magerusan, who bagged a double in Longford’s last league game- a two nil win over Galway United- to add to his strike in the win over Cobh earlier in the season is making his way back to match fitness. The forward has had an injury hit start to his adult career but could be a vital cog in the Midlanders’ push for promotion.

The last time the sides met in the league was a 0-0 draw at the Market’s Field.

Jack Brady has played with both Limerick and Treaty United, as well as Longford Town- in 2018 he started off the season with Longford Town before joining Limerick in the summer transfer window.

Both clubs have picked up 2 wins, 2 draws and a single loss in their last five games.