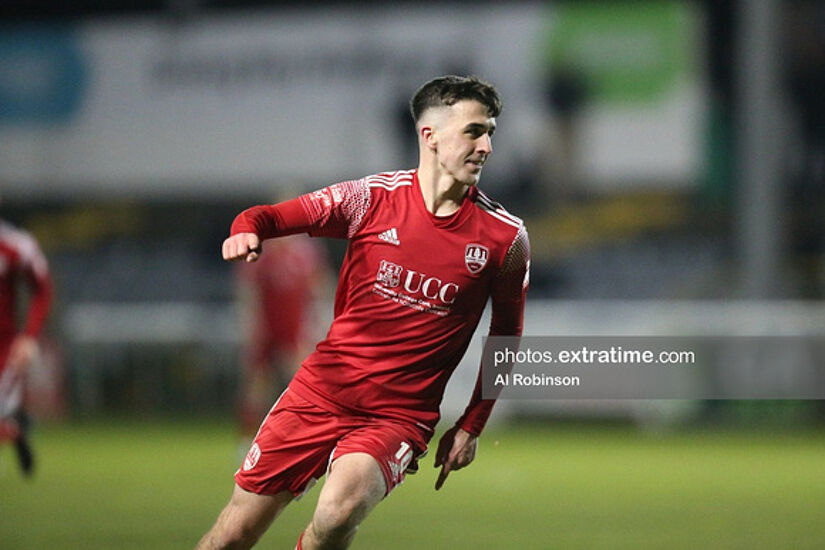 Coffey has signed a deal to stay at Turners Cross for the remainder of the 2022 season. Credit: Al Robinson (ETPhotos)

Barry Coffey: 'We have been building over the time that I have been here and I want to finish what we started'

Cork City have announced the signing of Glasgow Celtic’s Barry Coffey after the midfielder’s contract ended with the Scottish Champions.

Coffey had been on loan with the Rebels since July of last year and he has now signed a permanent deal which will see him remain at Turners Cross until the end of the season.

“I am delighted to be back. I obviously came in last summer on loan and I really enjoyed my time here,” Coffey said, speaking to the club’s media team.

“We have been building over the time that I have been here and I want to finish what we started. I want to try and chip in with goals and assists between now and the end of the season and show people what I can do.

“We have a big second half of the season ahead of us and I really want do well for the team and the supporters. We have put a lot of work in over the year that I have been here, so we want to continue that and finish the job we started.”

The 21 year old has scored six league goals for Colin Healy’s side and the midfielder will be an important part of Cork City’s squad as they seek automatic promotion from the First Division this season.

The announcement comes at the perfect time for the Rebels as their next game sees them pitted against second placed Galway United who are just four points behind the First Division leaders. That game is on Friday, 15 July (kick-off 7.45pm).