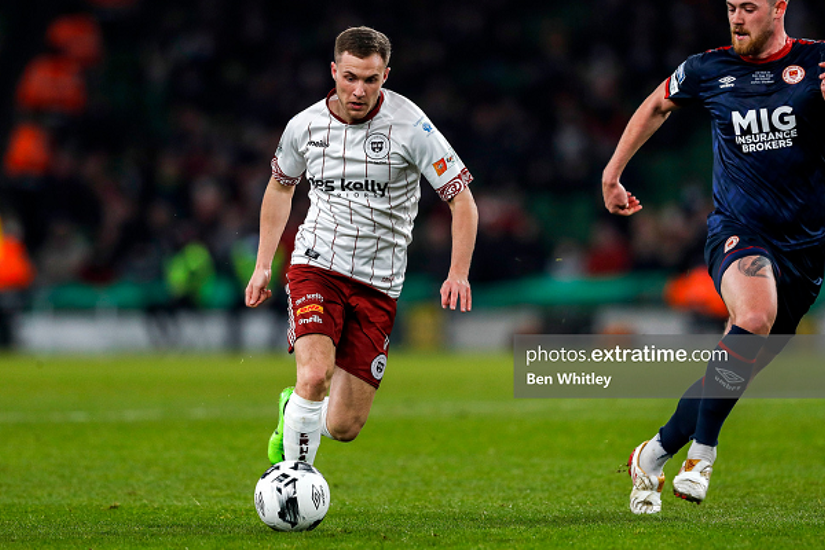 James Finnerty of Bohemians during the FAI Cup Final between St Patricks Athletic and Bohemians at the Aviva Stadium, Dublin, Republic of Ireland on 28 November 2021. Credit: Ben Whitley (ETPhotos)

Galway United have announced the loan signing of Bohemians defender James Finnerty for the remainder of the 2022 season.

The former Aston Villa man makes the move to the west having found his time on the pitch limited at Dalymount Park this season.

Finnerty has been with the Gypsies since the 2019 season and has represented the club in European competition as well as in last year’s FAI Cup Final which the club lost to St Patrick’s Athletic.

“I’m looking forward to playing in front of the fans and meeting the lads Monday morning at training,” the 23 year old said, speaking to the club’s media team.

“As soon as John made contact, it was the only place I wanted to play my football, and I’m looking forward to getting started.

“The facilities are very good, it’s a big club, and I’m looking forward to being on board for the rest of the season and getting going.”

The defender will be available for Galway United’s home encounter with Cobh Ramblers on Friday night at Eamonn Deacy Park (kick-off 7.45pm).