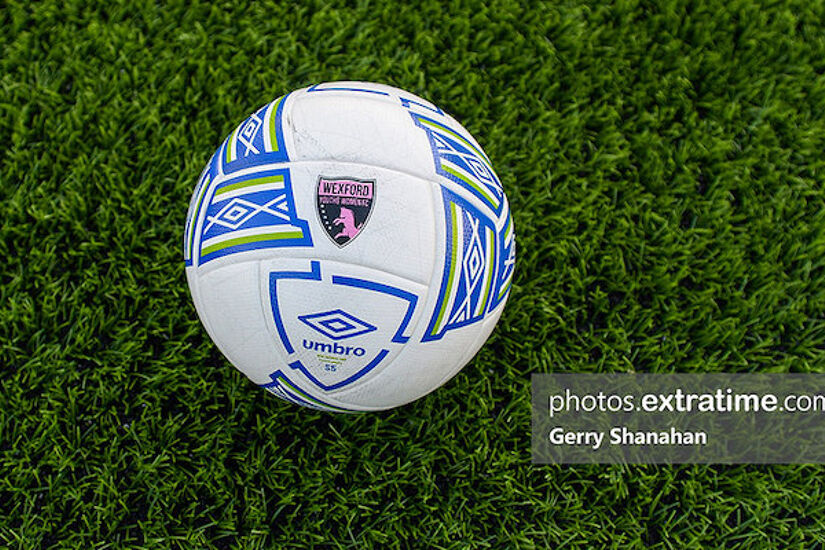 Wexford ran out convincing winners at Ferrycarrig Park on Friday night when, despite a spectacular 45 yarder from Athlone’s Youri Habing, they put three past the Midlanders for their seventh league win of the season.

It wasn’t difficult to see the pecking order in the opening stages of this match. Wexford, 19 points ahead of their opponents at kick-off, were expected to win and they duly dominated, forcing a series of corners in the opening quarter of an hour.

Having played second fiddle up to then, Athlone could well have taken the lead on 19 minutes. The powerhouse that is Thomas Oluwa was sent racing through before cutting inside his man and forcing Alex Moody into a fine save.

Six minutes later Wexford suffered a serious blow, losing their talisman, Jack Doherty, who was forced off after a heavy challenge and replaced by Conor Davis.

Pressed into service a tad earlier than he might have expected, Davis fluffed a chance shortly after, scooping the ball over Athlone’s bar, and two minutes later he hesitated on the ball bringing a daring Wexford attack to a disappointing end.

But Davis soon atoned, nodding a ball through the defensive line six minutes before the break for Aaron Dobbs to drill home, sending his team into the break with a one goal lead.

Athlone made one change at half-time, sending on Youri Habing for Gary Armstrong and the midfielder soon set his sights on goal, shooting straight at Moody on 53 minutes.

The visitors were creeping back into the game and Jordan Tallon took a strategic yellow card just before the hour to stop Oluwa bursting goalwards.

There then followed a remarkable passage of play in which Athlone might have scored three times in about 15 seconds of play.

Firstly, Oluwa steamed past two defenders before again bringing a fine save out of Moody. The recycled ball was then headed goalwards only for Moody to again pull off a reflex stop and, finally, the rebound was driven past the keeper only for Tallon to clear from the goal-line.

Wexford spent the next minute steadying their ship but just as they appeared to have wrestled back control of the game Athlone levelled with an astonishing piece of opportunism.

From a seemingly harmless position just inside the Wexford half, substitute Habing hammered the ball towards goal and the entire ground watched in suspended animation as it arced high into the darkening sky before sailing over Moody’s head and into the net.

For a brief while Wexford looked shaken and there was a momentary prospect of Athlone plundering a most unlikely away win. But manager Ian Ryan, perhaps sensing fragility, made changes, sending on Sean Fitzpatrick for his senior debut, alongside the old hand Dinny Corcoran.

Things settled and with just seven minutes left on the clock it was Corcoran who went down under a challenge inside the Athlone box to provide Davis with the opportunity to put the home side ahead from the penalty spot.

Davis obliged, stroking the ball past Mark Smith to round off an eventful night for him.

Athlone did their best to recover sending on Glen McAuley for a final offensive effort but Ryan’s men handled the final minutes with aplomb, even adding a third in added time when Dobbs and Corcoran combined to give Corcoran an easy finish from close range.