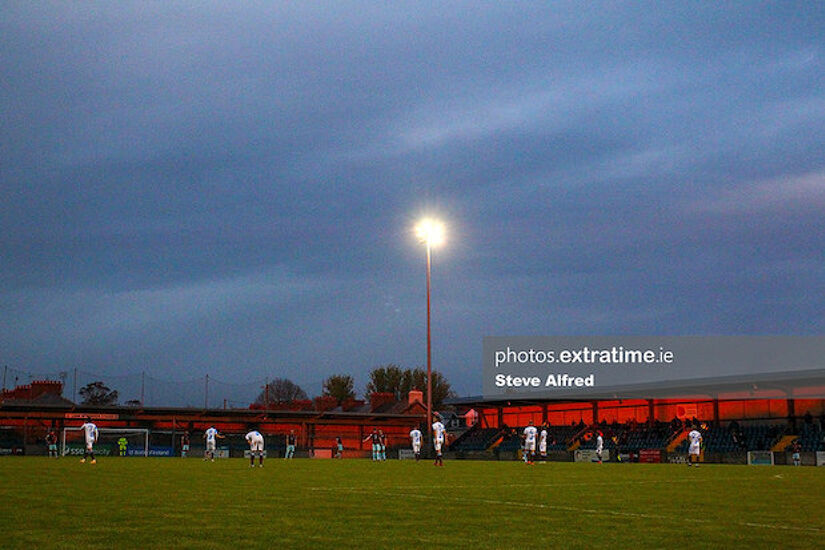 
Cobh Ramblers have announced that first team manager, Darren Murphy, along with his backroom team, have left the club.
This comes just a day after Wexford FC beat the club 3-0 at St Colman’s Park. it was their third consecutive loss in the First Division.
It was announced on Saturday morning that the club and management team have ‘amicably agreed’ to part ways.
Cobh followed this up with a warm statement, thanking their former management team for their hard work:
We would like to sincerely thank Darren and his management team for their integrity, love for the club, their very hard work and their consistent desires to improve performances and results.
We do sincerely wish them all the very best for the future.
The board will now begin the process of appointing a permanent successor to Darren. An interim manager will be appointed in the coming days and will take responsibility for team matters ahead of our upcoming game.
Murphy was appointed as Cobh boss on an interim basis in 2021 and he received a permanent contract that September.
The Ramblers started strongly with Murphy at the helm as they beat Liffey Wanderers in the FAI Cup first round and they drew with eventual First Division winners Shelbourne at Tolka Park.
The good form faded in the autumn and Cobh finished the season in eighth place, nine points from a play-off spot.
Cobh only have nine points this season and this has left them in eighth place, four points from basement side Athlone Town.
They are also into the semi-finals of the Munster Senior Cup, where they will face defending champions Rockmount.