Jurgen Klopp: ‘The season didn't end the way we wanted but the club is in a good place’ 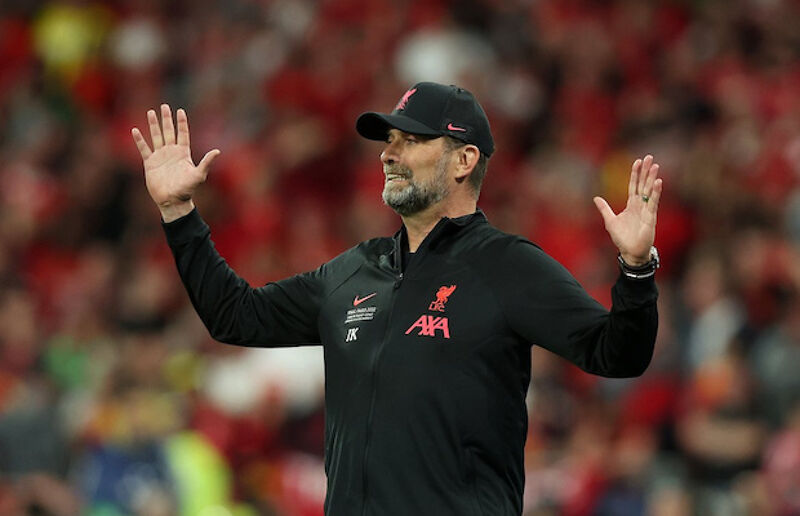 Liverpool boss Jurgen Klopp rued the small margins that prevented the Reds from winning the quadruple this year but insists his club are in a good place to compete again across all competitions next season.

“On the day with (Manchetser) City, they were one point better and today Real Madrid were one goal better,” said Klopp reflecting on the ones that got away having secured the League Cup and FAI Cup earlier in the season.

“These boys are really competitive with a great attitude and we will go again. It was a fantastic season that didn't end the way we wanted but the club is in a good place.”

He didn’t blame the high workload of such a lengthy season – this was Liverpool’s 64th match of their multiple campaigns.  “It doesn't help but that wasn't the reason,” said Klopp in the post-match press conference.

“Courtois had outstanding saves. Madrid had one shot on target and it was a goal. They scored a goal and we didn't. When the goalkeeper is man-of-the-match, you know something has gone wrong for the other team when that happens.

"We had three really big chances where Courtois made incredible saves.”

He outlined a couple of areas where he would liked to have seen different choices made by his players.

“In the last third we could have done better with a pass here or there. The crosses went too near Courtois. I wanted to play a bit more in their formation but not around their formation.

Their counter-attacking threat is immense and you cannot ignore that. We did a lot of good things but it was not enough.

“We played a good game but when you lose 1-0 you have to admit it isn’t good enough. I told the boys in the dressingroom afterwards I feel the pride already. They will need a bit longer for that.

“These boys played an outstanding season. The two competitions we couldn’t win, we didn’t win by the smallest possible margins. One point (to City) and 1-0 (to Real).”

Carlo Ancelotti: ‘You can’t say no to Real Madrid. It is impossible.’ https://t.co/a4M1JUovvc pic.twitter.com/LCw21UiQ4f