Carlo Ancelotti: ‘You can’t say no to Real Madrid. It is impossible.’ 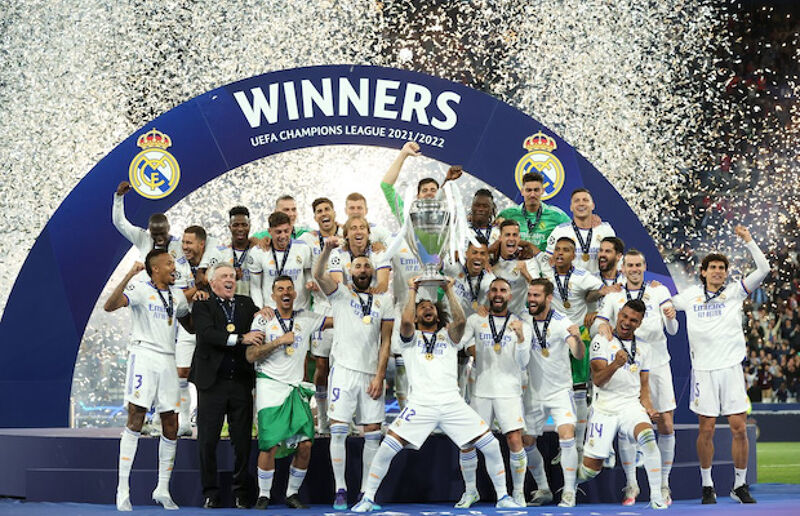 While it didn’t have the drama of Real Madrid’s incredible comebacks from the earlier knock out rounds, this Champions League final was another match where Real Madrid needed to dig deep to claim an unexpected victory.

“This has been the most difficult win,” said Ancelotti speaking after the game about his four European Cup victories to date. “It helped us that nobody thought we could win it. The team have shown its commitment and battling spirit, along with our individual quality of our players.

“I’m pleased to have won the Champions League four times but I’m even more thrilled to have come back to Madrid and have had such a spectacular season (winning the Spanish Super Cup, their 35th La Liga title and their 14th European Cup).

“During the game against Manchester City, there were doubts. Today the game was difficult but we didn’t have to come back on the scoreboard (like in their other knock out games). When we suffered in the first half, we were under control. Liverpool put us under pressure but we managed well the game.

“We have deserved to win this competition. We have had to dig in from the last 16 on. We have never given up. We managed the game very well today. Liverpool found it hard to play in behind us and when we kept possession better in the second half that changed the game.

“It is easier to win Champions League with Real rather than other clubs. It is this history and the special supporters who are born with that passion from birth. The structures at the club makes it a special palace.”

The 35 minute delay due to the chaos outside the stadium that so many Liverpool fans were caught up in, didn’t affect the game according to Ancelotti even if it did make him more nervous.

“It was strange that the kick off was delayed but I saw no nerves in the dressingroom. I was the most nervous of all. I went into my room so the players could stay calm. I had so much confidence. I get that from this club’s history.”

The recent trophy history could well have been different if Ancelotti had stayed with Everton with the Italian coach noting that the Toffees weren’t happy with his decision to leave but “you can’t say no to Real Madrid. It is impossible.”

Thibaut Courtois: ‘I’ve won a lot of silverware but nothing compares with winning the Champions League with Real’ https://t.co/x3hSE48uiS pic.twitter.com/kcV1Q7OvMu