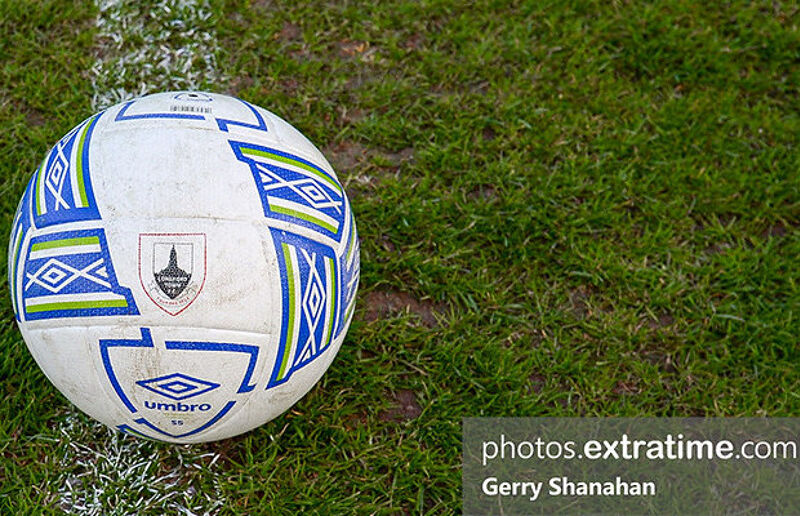 Longford Town won a six-goal thriller at St Colman’s Park on Friday night, running out 4-2 winners against a Cobh Ramblers team that are perfectly capable of scoring goals, but equally incapable of keeping them out.

Cobh started the game brightly with Danny O’Connell being particularly lively for them, taking on defenders and making a general nuisance of himself in all the right areas.

And it was he who set up the opener, slipping Pierce Phillips in on goal after eight minutes, a chance the midfielder took well, driving a low shot into the net despite Luke Dennison getting a hand to it.

Perhaps it was going to be Cobh’s night. With Roy Keane watching on and the sun beaming down, a sense of optimism swept around the ground. And when Luke Desmond’s shot smacked  off the post the home crowd could see victory in the near distance.

But within ten minutes the Rams’ advantage had been cancelled out. With 17 minutes on the clock Longford fullback, Dylan Barnett, tucked a perfect penalty past Sean Barron after Harlain Mbayo had fouled Joe Doyle inside the penalty area.

With half an hour gone Danny O’Connell failed to control a massive clearance from Barron, and moments later, on a sweeping break that had the Cobh attack outnumbering the defenders, he chose to shoot instead of passing to any one of three teammates.

The shot was blocked and the crowd sighed at the lost opportunity. This seemed to dent O’Connell’s confidence and he faded thereafter.

Seven minutes before the break Cristian Magerusan replaced the Longford striker, Joe Doyle, a change that would become significant before too long.

Level at the break there was a sense that the home team would have to re-climb the mountain in the second half and if there was a feeling that there was a tough task ahead of them, it increased four minutes into the second period when Longford took the lead.

It was a devastatingly simple goal with the ball driven across the Cobh area from the right for Magerusan, all alone, to thump a close range header beyond Barron.

Three minutes later Cobh might have been level when Luke Desmond’s shot was cleared off the line by Shane Elworthy, but a minute after that Longford’s Joe Power hit a fine shot on the turn that fizzed across goal and wide.

The game would continue in this see-saw fashion until the dying minutes, with one team, then the other, threatening to score. Aaron Robinson’s sweetly struck shot on 55 minutes pinged off the inside of Barron’s left-hand post and back across the goal-line, before spinning away to safety.

Sensing the growing danger, Darren Murphy made two changes, sending on Jake Hegarty and Sean McGrath, and both would make valuable contributions. But not before Longford extended their lead.

On the hour, Magerusan executed a wonderful back flick to give Aaron Robinson the time and space to shoot cleanly into the bottom right corner of the Cobh goal. But if Longford thought they had finished the job they were wrong.

A minute later Cobh had reduced the deficit back to a single goal, Sean McGrath doing excellent work on the right before flinging in a perfect cross for Hegarty to flick home with a delicate header.

With barely a moment to breathe between goalmouth incidents Longford were soon on the attack themselves and on 66 minutes they again went two goals ahead. It was a disastrous goal from Cobh’s point of view with Barron racing out of his goal when he should have stayed allowing Shane Elworthy to take advantage of a loose ball which he flicked expertly into the top corner of Barron’s unguarded goal.

The game continued to swing wildly from one end to the other. Sean McGrath caused mayhem on Longford’s left flank, but by the same token Magerusan was a constant threat for the visitors who might well have added a fifth before the game finally started to deflate in the final ten minutes.

They never stopped trying, but with a two goal margin to overcome Cobh finally succumbed to the inevitable. Longford rightfully took the points having punished their opponents more effectively and Cobh must now reflect on another game in which they conceded too many goals too easily.