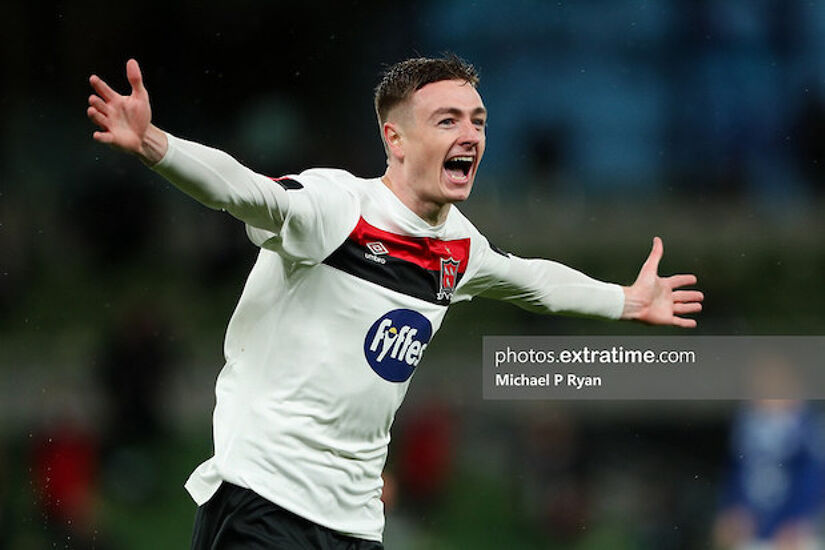 A Daniel Kelly goal early in the second half proved decisive as Dundalk walked away from Finn Park with another three points in the bag after a win over a battling Finn Harps.

Stephen O'Donnell's side remain third in the table and cut the gap to the sides above them after Derry City and Shamrock Rovers both tasted defeat.

At the opposite end of the table, Finn Harps - who remain 2nd from bottom - battled and had their chances but this was a fifth defeat in six matches for Ollie Horgan's team.

The hosts went into this encounter with four different faces to the side that lost to Drogheda United in their last outing as Yoyo Mahdy, Jesse Devers, Eric McWoods and Mark Timlin grabbed a starting berth.

Dundalk made three changes after their win over Derry City with Andy Boyle, Keith Ward and John Martin playing from the start.

Keith Ward was first up in this match to have a pop at goal, his strike inside 120 seconds though was comfortably caught by Mark McGinley.

Finn Harps fashioned a couple of decent chances in quick succession a third of the way through the half but Jesse Devers and Conor Tourish couldn't get the right contact to get a shot on target.

Patrick Hoban fizzed an effort wide on 19 minutes and just moments later, the hosts should have taken the lead. Eric McWoods put a low drive across the face of goal and Yoyo Mahdy was within a whisker of poking it beyond the grasp of Nathan Sheppard.

On the half hour, it was the visitors who squandered a golden opportunity to break the deadlock. After a defensive mix up, Daniel Kelly was presented with the chance to put the ball away but his scooped attempt landed on the roof of McGinley's goal.

The Ballybofey outfit - who collected only three points from their last six matches - continued to have their moments in front of goal and Mahdy brushed the side netting as the first half was nearing its conclusion.

Dundalk - having picked up 13 points from their last 18 available - enjoyed majority of the possession and had a couple of chances before the end of the half with Kelly seeing an effort blocked while John Martin headed wide.

Less then ten minutes into the second half, Dundalk took the lead. Daniel Kelly blasted towards goal from close range and despite the best efforts of Regan Donelon, the ball nestled in the back of the Finn Harps net.

Just beyond the hour, the skies opened as heavy rain soaked the Finn Park turf and Harps went mightily close to an equaliser, with Nathan Sheppard making an excellent save to deny a fierce drive from range by Ryan Connolly.

Concrete chances evaded both sides for a period as Dundalk continued to enjoy possession as the minutes and seconds ticked away .

Five minutes of stoppage time boosted the home side and after the impressive Luke Rudden won the ball back in midfield, he paved the way for an opportunity for Eric McWoods but he blasted over the bar from close range.

Dundalk held on to continue their rich vein of form.