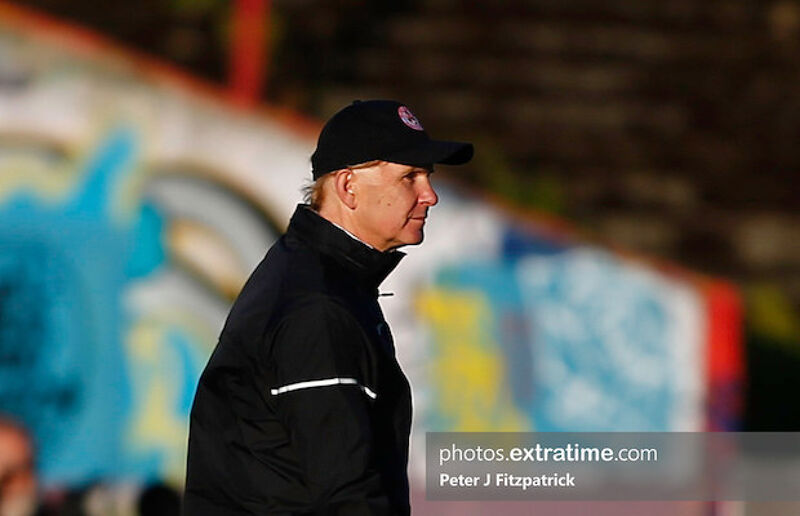 On Sunday morning Sligo Rovers announced the departure of Liam Buckley from the managerial role at the Showgrounds by mutual consent.

Assistant manager John Russell will take over from 62-year-old Buckly on an interim basis beginning with their home game with second placed Derry City on Monday.

Buckley, who won two league titles as manager with St. Patrick's Athletic, took up the job in Sligo for the 2019 League of Ireland season guiding his team to a seventh place finish and an FAI Cup semi-final.

The following year, after a dreadful start to the campaign losing their first four games, he rallied his team in the COVID-19 shortened 18 game season to qualify the club for Europe for the first since 2014 with a fourth placed league finish (and they also reached another FAI Cup semi-final).

They started last season brightly, going top of the table in May with an away win over Shamrock Rovers (the last time the champions lost a home league game) but ultimately the Bit O’ Red dropped away from the title race to finish third.

Last Friday night they suffered their sixth loss of the season – the 2-1 defeat leaving them in sixth in the table a game off the half way mark in the 2022 league campaign.

The club Chairman Tommy Higgins saying “Liam came to the club in 2019 and directed us to securing two seasons of European football since, which is the aim for the club each season.

“Liam carried himself with great dignity throughout, with his experience and knowledge of the league of Ireland being a great asset and his style of football being pleasing on the eye for our supporters.

“We wish to send our unreserved thanks to Liam for his commitment during his time and we wish him all the best for the future.’’