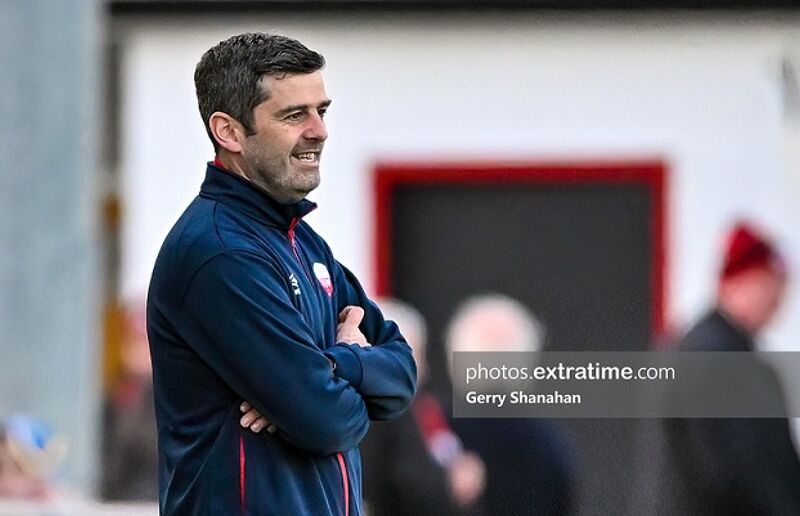 Paul Fox’s equaliser six minutes from time rescued a point for Bray Wanderers who drew 2-2 with Treaty United at the Market’s Field.

Jack Lynch appeared to have won the game for Treaty after Kieran Marty Waters cancelled out Enda Curran’s early opener, but the visitors had other ideas.

Treaty were 1-0 up at the break but the scoreboard didn’t reflect their first-half dominance. Bray were a rejuvenated side after the restart and fully deserved a share of the spoils.

The hosts took the lead three minutes later, however. George and Joe Collins combined to set up Curran who found the net with a delightful first-time finish from inside the box.

Curran could’ve added a second goal on 15 minutes, but he volleyed the ball over the crossbar from 18 yards out after he latched onto Jack Lynch’s cross.

Bray eventually had their first chance a minute later, but Ben Feeney’s tame 30-yard effort went the wrong side of the post.

The hosts could have doubled their lead on 26 minutes as Curran headed Jack Brady’s goal kick into the path of Curran, but he skied his effort over the crossbar.

Three minutes later, Treaty almost capitalised on slack defending. Curran latched onto a misplaced pass from Dean Zambra but his effort went across the face of the goal.

Treaty came close again on the stroke of half-time. Ludden’s sumptuous long ball found Curran who bore down on goal only to be intercepted by an impeccably-timed tackle from Conor McManus.

Four minutes after the restart, Ludden and Lynch combined from a short corner and the latter’s cross found Charlie Fleming who’s glancing header went the wrong side of the post.

Bray were now beginning to play much better and on 53 minutes, Darragh Lynch slipped a through ball to Feeney who shot straight at Brady from inside the box.

Parity was restored just before the hour mark. Kieran Marty Waters fired a low shot into the net from inside the box after he collected a splendid pass from Lynch.

Treaty regained the upper hand nine minutes later with a delightful passage of play where they broke down the visitors using clever movement and intricate passing.

Slick interplay between Conor Melody and Lynch culminated in the former finding the Treaty skipper who ghosted into the box before rifling the ball into the net.

Their enjoyment was short-lived however as the Seagulls landed what transpired to be the equalising goal six minutes later.

Brady parried the ball inside the box and it fell into the path of Paul Fox who audaciously lobbed the ball over the Treaty netminder from a tight angle.

Ugo Anny-Nzekwue’s right-wing cross triggered a scramble in the Treaty goalmouth but Matt Keane and Ludden combined to clear the danger.

The final whistle was subsequently blow much to Treaty’s relief. Bray were fully deserving of a draw based on their improved second-half display.