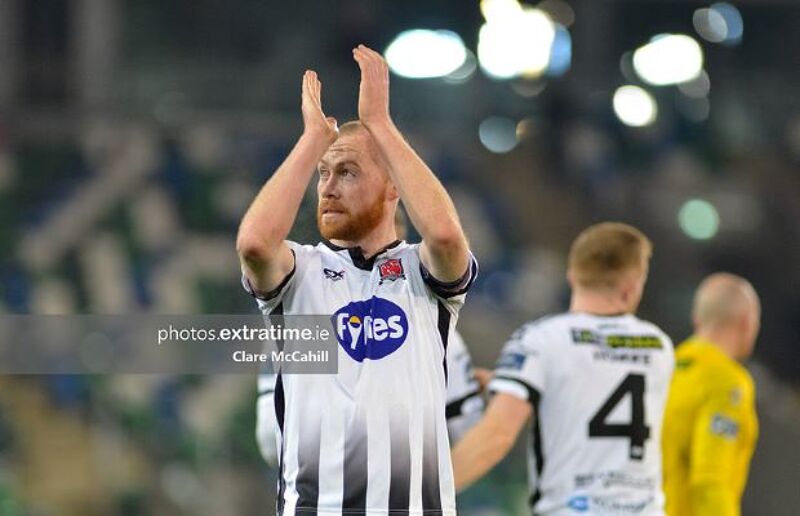 Some Dundalk fans may well have raised their eyebrows when Dubliner and former stalwart midfielder Chris Shields brought his almost decade long spell with The Lilywhites to an end in the summer of 2021 and made the switch from the League of Ireland to NIFL Premiership side Linfield.

The now 31-year-old originally joined Dundalk back in January 2012 from Bray Wanderers, and the native of Clondalkin tasted good success with the club in the years that followed - much in the way anyone playing live dealer casino games would hope for - making 249 domestic league appearances for them - with plenty more coming in Cup competitions and their forays into European football - picking up 16 winners medals along the way and featuring in the PFAI Team of the Year on two occasions.

For any fan who did doubt the move to Windsor Park, Shields' success has continued as he more than played his part in helping Linfield to lift their fourth straight league title in his debut season with them, and earlier this month his return of seven goals in 40 appearances across all competitions has seen him get nominated for, and lift, the Danske Bank Footballer of the Year gong.

At the award ceremony, a beaming and proud Shields reflected on his first season with them and explained.

"It’s a great honour for me to win this award and I’d like to thank the Football Writers’, NIFL and Danske Bank. This is obviously my first year at Linfield, so I’m absolutely delighted that I have been recognised in this way. I came here to win the league and that’s exactly what we did, but to pick up this award is a wonderful added bonus."

There was also plenty of praise for manager David Healy, with Shields thanking him for having faith in him.

"I must give a lot of credit to David Healy, who put faith in me. He’s a top class manager, and I’m glad I’ve been able to repay him. The league was incredibly tough, with Cliftonville pushing us all the way, but I think we deserved the title."

Having won the Premiership for four successive years, fans of The Blues will be in dreamland, particularly as they have now lifted five of the last six league titles on offer and Shields becomes the 16th Linfield player to be named the coveted Footballer of the Year winner since the annual awards inception 52 year ago back in the 1970's.

It's certainly some feat to have that kind of impact given all the adjustments players have to make when moving to a new club and a new domestic competition - especially after such a long spell with Dundalk.

It most certainly goes down as a memorable year for the former St Francis Academy graduate, and given he has two years left on his deal with the club having moved to them until the summer of 2024, he will undoubtedly be hoping that this success, and the form of the club, continues in the coming couple of seasons - along with maybe enjoying a slightly longer run in the 2022/23 Champions League competition having tasted disappointment in 2021/22's first qualifying round defeat to Zalgiris.