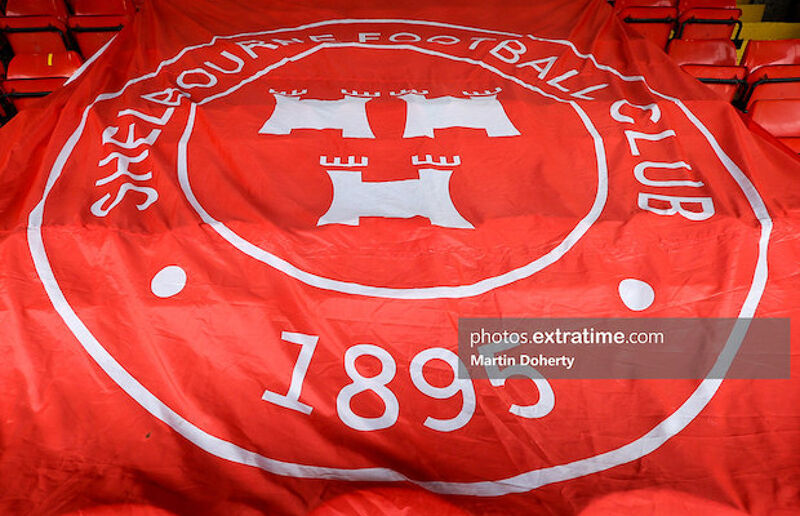 Shelbourne secured their first home win of the season with a 2-1 win over Sligo Rovers Credit: Martin Doherty (ETPhotos)

Shelbourne grabbed their first home win of the season as they ran out as 2-1 winners against Sligo Rovers in Tolka Park on Friday night.

The Reds certainly started the brighter, as the Bit O’ Red looked void of the confidence that had them unbeaten in their last three games.

Shels deservedly took the lead mid-way through the first half. Sligo Rovers tried to clear a cross that came in from the right, and Adam McDonnell hesitated in possession on the edge of the box.

Moylan was on hand to nick it off his toes and bent a fine strike into the top right corner to give the Reds the lead.

The best that the Bit O’ Red could muster in the opening half was a header from Will Fitzgerald at the back post that sailed wide on 30 minutes after Greg Bolger picked him out from a free kick.

Shelbourne doubled their lead two minutes from the break, as the ball fell to Sean Boyd outside the Sligo box. The big striker shifted the ball onto his right foot and powered a beautiful strike into the bottom right corner, getting the Shels fans off their seats, and putting them two goals to the good.

Aidan Keena tried his luck with a snapshot from distance minutes later, but Brendan Clarke was more than equal to it as Shelbourne went in at half-time with their two-goal lead intact.

Rovers manager Liam Buckley rang the changes at the break, with Jordan Hamilton and Max Mata coming on in place of Will Fitzgerald and Mark Byrne.

The Bit O’ Red started with much more intensity in the second half, with those substitutes combining to force Clarke into an excellent save to his right after a strike from Mata from distance that looked destined for the bottom corner.

Their persistence paid off on 65 minutes, as full-back Paddy Kirk skipped past two Shelbourne defenders and rifled a fantastic strike into the roof of the net to bring Rovers back into the game.

Shels had an excellent chance to extend their lead on 71 minutes, but Boyd will be wondering how he didn’t score after a miraculous double save from Ed McGinty kept the scores as they were.

Although Rovers huffed and puffed, Shelbourne managed to see the game out with relative ease, sealing their first win of the season in Tolka Park in the process moving up to seventh in the table..