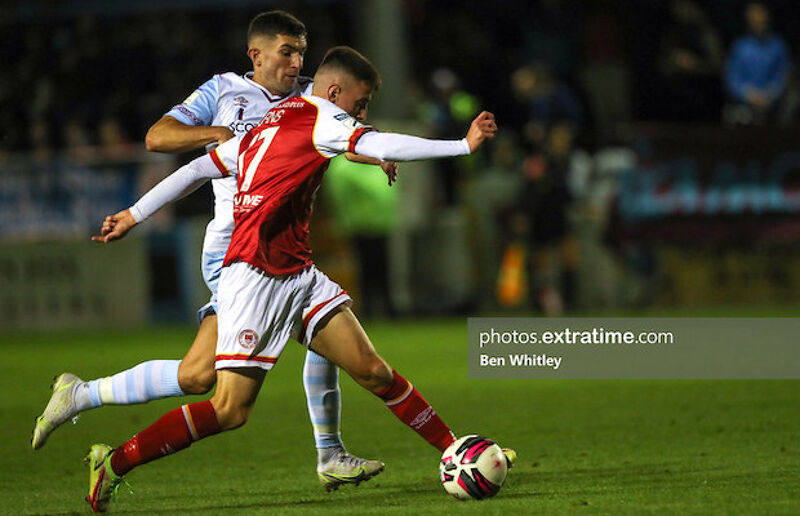 The Boynesiders will be looking to bounce back from two defeats on the trot when they entertain St. Patrick’s Athletic in Head in the Game Park this Friday night.

They have been stuck on 13 points, in seventh place on the league table, following away losses at Sligo Rovers (3-2) and Dundalk (4-1), and so will be hoping for a change in fortune when they return to their home venue.

The Drogs were well beaten in the Louth derby at Oriel Park in their most recent match, some poor defending not helping their cause as they went down 4-1 in from of a raucous home crowd. Ryan Brennan scored their only goal but it was a mere consolation as it arrived in the 87th minute when they were already 3-0 behind.

Kevin Doherty’s side were dealt a blow during the week with the announcement that 29-year-old Mark Hughes was forced to retire from the game through injury.

Hughes was in his second spell with the club, having first played in the claret and blue back in 2015 when he made 26 appearances.

He re-joined the club in 2019 and went on to make 45 appearances across a four-year spell but his final two seasons were disrupted by injury and this has ultimately forced to him retire from the game.

Drogheda sit in seventh five points behind Bohemians who are the team directly above them in the table. United are a point ahead of Shelbourne and three clear of Finn Harps who are positioned in the relegation play-off spot.

Saints manager Tim Clancy will be hoping for a positive result on his return to Drogheda for the first time in the opposition dugout, having spent four years at the Louth club and leading them to the First Division title back in 2020.

Clancy’s side are also coming into this game on the back of a 4-0 drubbing at home to league leaders Derry City last weekend. The Derry game was effectively over at half time when they were 3-0 down so the defensive side of their game will obviously have been a focus area in training this week in advance of the short trip up the M1 on Friday night.

Clancy spoke to the media in advance of a return to his old club and he said: "It's a game that we are looking forward to and obviously we'll be trying to get over the disappointment of the Derry game last week.

“We weren't good enough and we know that ourselves. We've had a good week of training and we're going to approach the game with positivity and try to win the game. It's a difficult place to go. Drogheda are a very hard team to play against and we are certainly going to have to be at it.

Striker Eoin Doyle was also on media duty this week. “We're really looking forward to going up and playing Drogheda,” said Doyle. “They frustrated us when we played them at home earlier in the season in the 1-1 draw, so we are hoping to get up to Head In The Game Park and get a good result.

“After our bad result against Derry last week, the level of intensity in training has been really good this week. We've worked really hard and applied ourselves really well. We hope our preparations give us the best chance possible to get the win.

“We've got a number of tough fixtures coming up and if we can come away from Drogheda with a good result, it will put us in good stead going forward."

The first encounter between these two sides this season ended in a 1-1 draw at Richmond Park back on April 1st.

Dayle Rooney opened the scoring for Drogheda in the 18th minute and they maintained that slender 1-0 lead until the 78thminute when Darragh Burns scored the equaliser for the Athletic.