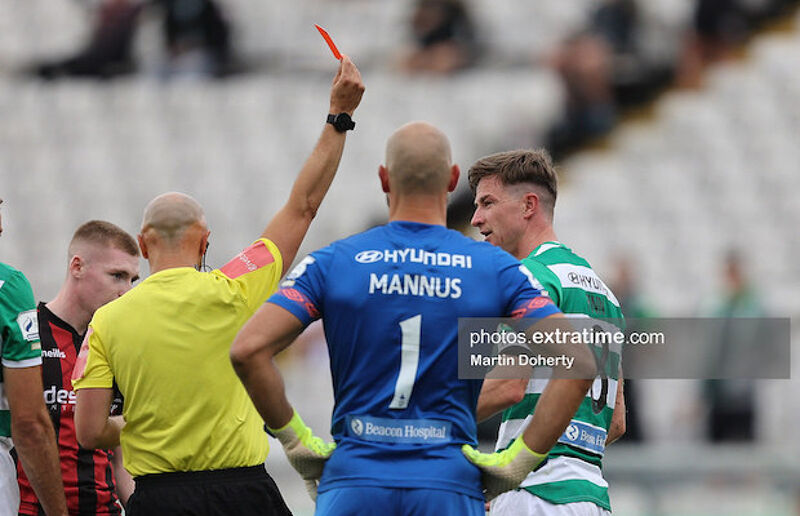 A set of Welsh match officials will be in charge of the Shmarock Rovers v Finn Harps Premier Division game in Tallaght on Friday night.

FIFA referee Tom Owen will be the main man in the middle and the 29-year-old official will be assisted by Lewis Edwards and Jonathan Bryant both from the Football Association of Wales.

Owen, who is a regularly in charge of Welsh Premier League matches, was the main match official for Malta’s 2-0 win over Kuwait earlier this year.

He also took charge of a Europa Conference League first qualifying round match in the Faroe Islands.

FAI referee Rob Hennessy is the fourth official for the game in Tallaght.

The full set of match officials for this weekend’s game along with two Monday matches is a follows: