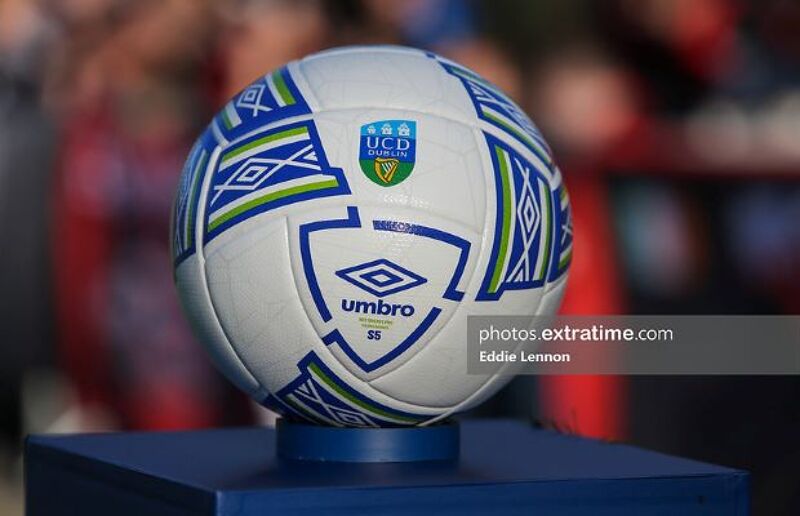 UCD will be looking to pick up their first win of the season when they host third-place Dundalk on Friday night (kick-off is at 7:45pm).

After securing promotion via last year’s play-off, UCD have found Premier Division life very difficult in the opening thirteen games. The Belfield side sit bottom, eight points off safety and are still seeking their first win of the campaign. Despite having held the likes of Sligo Rovers, Shelbourne, and Bohemians to draws at the UCD Bowl, the Students have been struggling in attack, scoring just seven goals in thirteen games.

St Patrick’s Athletic required a last-minute strike from Joe Redmond to win at the Bowl two weeks ago, after a determined performance from the home side. Andy Myler’s men couldn't bring those levels into the clash with Derry City a few days later, as the Candystripes thrashed UCD 7-1. There was further disappointment last Friday at Dalymount Park, as Bohemians handed UCD their ninth defeat of the season.

There have been two contrasting sides to Dundalk’s start to the season. It’s at Oriel Park where they have found the most joy. Stephen O’Donnell’s side are unbeaten at home this season and come into Friday’s game off the back of a superb 4-1 win over neighbours Drogheda United.

However, Dundalk have yet to win on the road this season. Earlier in the year, O’Donnell’s side were held to a 2-2 draw at Dalymount, before a late equaliser from Sean Boyd denied them a win at Tolka Park. A scoreless draw against FAI Cup champions St Patrick’s Athletic at Richmond Park came in between away losses to Drogheda United and Shamrock Rovers. Dundalk will be hoping to break the duck and pick up their first away win at the UCD bowl on Friday.

The Louth derby win last week rounded off an impressive April for the Lilywhites, in which they picked up four wins and a draw out of six games. Dundalk sit in third ahead of the trip to Belfield, as they aim to return to European football next year. They will also be boosted by the return of Steven Bradley from suspension and Robbie Benson from injury.

Speaking to the club’s media ahead of the game, Stephen O’Donnell said that his side will be taking nothing for granted against the Students.

“Our home record has been very good,” said O’Donnell.

“But we’ve not won away from home, and we’d like to put that right. It won’t be easy. UCD have been very competitive at Belfield and it’s always tough up there, no matter how they are doing.”

“They feel comfortable at home, and they have players that can hurt you. We need to be on our mettle and there should be no complacency but after a good performance last week and a good week of training, we’re all looking forward to it.”

Dundalk’s last trip to the UCD bowl came in August 2019. Daniel Cleary netted a brace as the Lilywhites won 5-0.

The sides last met in April, where strikes from Daniel Kelly and Patrick Hoban secured three points at Oriel Park.

Patrick Hoban is Dundalk’s leading goal scorer this season with five, while UCD’s Sam Todd and Colm Whelan have netted two each.

Stephen O’Donnell: “We want our home ground to become a cauldron” https://t.co/mdhL1cCX8Z pic.twitter.com/gfmVeHp9Xy