Stephen O’Donnell: “We want our home ground to become a cauldron” 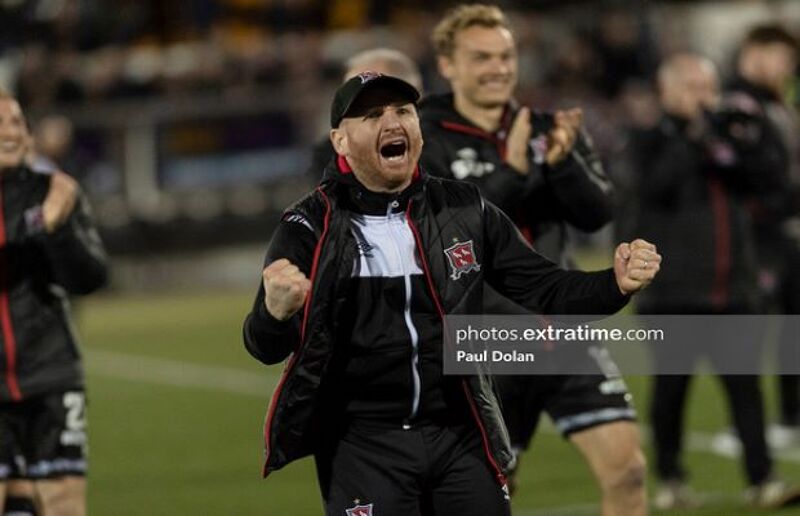 Stephen O’Donnell praised his side’s display on Friday night, as they comfortably saw off near-neighbours Drogheda United 4-1. A Darragh Leahy brace either side of the break set the Lilywhites on their way to victory in the Louth derby, before strikes by Patrick Hoban and John Martin rounded off an impressive performance.

The result extended Dundalk’s seven game unbeaten run at Oriel Park so far this season. O’Donnell’s side jumped to third in the league after Sligo Rovers and St Patrick’s Athletic both dropped points on Friday. Although Dundalk have yet to win on the road in 2022, O’Donnell is hopeful that their home ground can be turned into a fortress, as his side aims for a place in Europe next year.

Speaking to extratime.com, O’Donnell said that he wants teams to fear the trip to Oriel Park.

“It's big, we want people coming up the M1 anticipating a really tough game,” said O’Donnell.

“We want the mindset where they’ll be delighted coming away with a point. We want to create this place the way it was perceived, that if you get a point you're delighted. ”

“We want teams coming up with that mentality. It's up to us to create that tempo and intensity and the crowd feed off that. Then you get what you got tonight where everyone is in it together. I wouldn't say that was the most enjoyable game for Drogheda to play in.”

“First and foremost, we want our home ground to become a bit of a fortress and cauldron. We want teams to be afraid of coming here. We’ve started that off well so now the next bit now is our away form.”

Up next for Dundalk is a trip down the M1 to face a struggling UCD side. Despite sitting bottom of the table, O’Donnell knows that the Students will be no pushovers, having held Shelbourne, Sligo Rovers and Bohemians to home draws in recent weeks.

“They’re very competitive at home. They've been competitive in all their home games. We will recover and have a good training week and we’re looking forward to the game.”