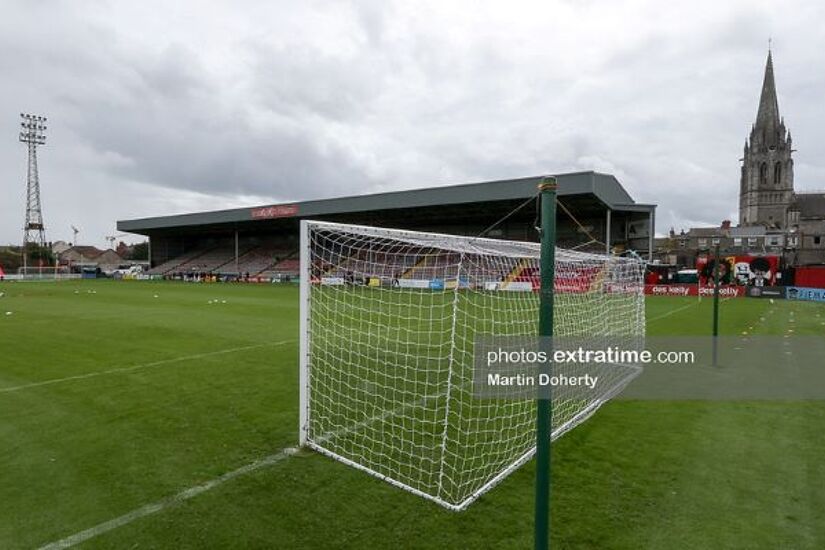 After a week of licking the wounds of a chastening 3-1 Dublin Derby defeat to arch-rivals Shamrock Rovers with former Jodi Stand favourites Andy Lyons and Daniel Mandroiu putting Bohs to the sword at Dalymount Park last week, Keith Long’s charges welcome basement club UCD to Phibsboro on Friday night with kick off at 7.45pm.

The Gypsies have been a model of inconsistency this season dropping thirteen points from winning positions leaving them in mid table on fifteen points from twelve games and trailing Derry City by twelve points.

Two of those thirteen points came at the UCD Bowl after an early Promise Omochere goal was cancelled out by a Sam Todd equaliser in front of a sizeable away support from Bohs who broke out into a chorus of boos at full-time.

This will be the Dalymount side’s last home game for three weeks as they take in away trips to table toppers Derry City and fellow European hopefuls Dundalk before welcoming Sligo Rovers to Dublin on the 20th of May.

A hapless UCD side were thumped 7-1 by Derry City at the Brandywell last Friday night and Andy Myler’s side will be looking to put that demoralizing defeat behind them when they travel to the northern half of the capital to face Bohemians.

The Students are still searching for their first win on their return to the top-flight and have amassed four points from their opening twelve games.

Not cut adrift by any means with just three points separating themselves and Finn Harps in the relegation playoff spot but they will need to start putting wins on the board to keep in touch with Ollie Horgan’s men.

9th seems the best the Belfield side can hope for as they trail eighth-place Shelbourne by eight points.

The college can carry some hope as they head to Phibsboro having produced one of their better performances in a 1-1 home draw in the corresponding fixture earlier in the season.

UCD have beaten Bohs just once in their last five outings a 1-0 win in 2019 at the UCD Bowl.

2022 League of Ireland Attendances - The story so far https://t.co/tkFc9Uoeap pic.twitter.com/fhdGl97CM9