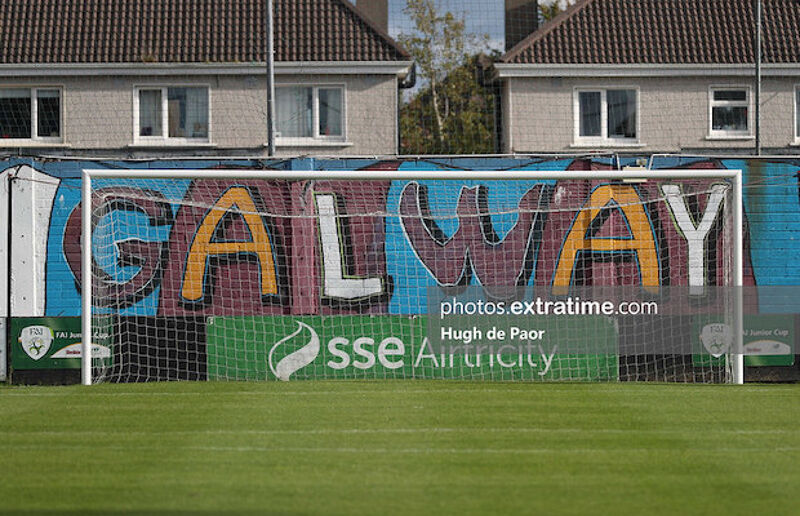 With sunshine drenching Eamon Deacy Park along with a cold breeze across the pitch, United welcomed the Seagulls for a vital First Division game.

The home side showed one change from previous game with the injured Mikie Rowe missing out.

United totally dominated the opening half with Alex Murphy showing some real class and Stephen Walsh looking a real threat every time the ball came to him.

After just eight minutes, Murphy was fouled on the left and the resulting free caused chaos in the Seagulls six yard box and who else but Walsh was on hand to bury it.

As the half wore on, Walsh looked more and more a threat while Bray, although having a fair share of possession, couldn’t muster a real chance.

The home side resumed where they left off after the break, with Walsh, and Murphy testing Stephen McGuinness, while Wilson Waweru prodded a ball wide from a narrow angle.

Inexplicably Bray took over and really should have scored on the hour, while Galway sacrificed a front player to bring Gary Boylan on to shore up the midfield.

Bray’s Kurtis Byrne lashed a free kick off the woodwork on 67 minutes and that was as close as they would come to scoring in the game.

Two minutes later, against the run of play, Galway were awarded a penalty when Killian Brouder was pulled back in the penalty area and David Hurley made no mistake from the spot.

The second Galway goal seemed to have taken the oxygen out of the game and final 15 minutes was a disjointed affair with multiple substitutions breaking up any patterns of play.

Over all Galway deserved their win; Murphy looks like a future star while captain Conor McCormack, Walsh, Waweru and Manu Dimas were the pick of the bunch.

Bray were well served by Byrne, Dean Zambra and Rob Manley but really didn’t any excitement. In fact all the flowing football came from the home side and the three points could prove invaluable in Galway’s promotion bid.