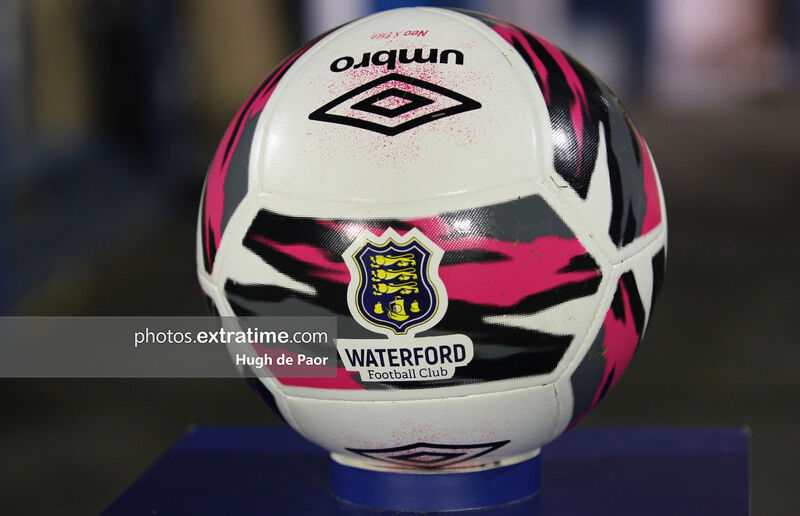 There wasn’t much to distinguish the opening period of this game and nothing noteworthy had happened prior to Phoenix Patterson exchanging passes wide on the left with full back Richard Taylor, then cutting inside, roaming the edge of the Wexford box, and then hammering a shot past Alex Moody from 20 yards.

Before that you wouldn’t easily have picked out a favourite. But afterwards the visiting team assumed control of a match that proved spiky and absorbing, at least until the half-hour mark when the game suddenly stalled.

After the goal Waterford looked stronger and more composed on the ball. More willing to play intricate passes. More impressive, to be honest. But Wexford didn’t allow any of that to get them down. They were the scrappier team, harder working, and they never dropped out of contention.

Harry Groome played some good balls to his front men and was always willing to try something a bit risky, while Conor Barry was diligent and committed. Up front Jack Doherty worked tirelessly in pursuit of an opening, while his partner, Aaron Dobbs, held more of a watching brief, waiting for some something to fall his way.

Barry had a shot deflected wide on 19 minutes and Dobbs almost broke through on 25. Two minutes later a ball dropped for Dobbs on the penalty spot but a flying block from a Waterford defender denied him.

And then, on the half hour, everything ground to a halt. Attention drifted to the impressive evening sky setting to the South and the opposing choirs in the stand took some R&R while time drifted by.

There was a brief burst of energy just prior to half-time but the break saw Waterford holding the lead created by Patterson’s moment of beauty way back in the distant past.

The second half began with batteries recharged and with the home team very much on the front foot. A through ball from Adam Wells sent Doherty scurrying towards goal but he had to check back and find Barry, whose effort was rather higher over the bar than was strictly decent.

But Wexford persisted and continued to worry the Blues, Barry firing in another effort on 51 minutes although Murphy gathered easily.

Slowly Waterford turned it around and having absorbed the pressure levied on them began to apply their own.

Cantwell headed wide from a corner and then the Blues somehow failed to score when Lorcan Fitzgerald cleared Louis Britton’s shot off the line on 56 minutes.

Wexford responded by forcing three consecutive corners but never looked like converting one and if Waterford’s greater physical strength was beginning to tell, the telling became final on 69 minutes when Patterson scored his second of the night.

The Blues were awarded a free twenty-five yards out and Patterson curled it up and over the wall, and down the other side to find the bottom left corner of Moody’s net.

They might have made it three on 72 minutes when Moody pulled off a remarkable double save from two consecutive corners. First, Eddie Nolan saw Moody turn his close range header over the bar and seconds later Britton suffered an identical fate.

The battle didn’t let up over the final twenty minutes but the result had been decided and while Wexford deserve credit for their efforts, Waterford were worthy winners.