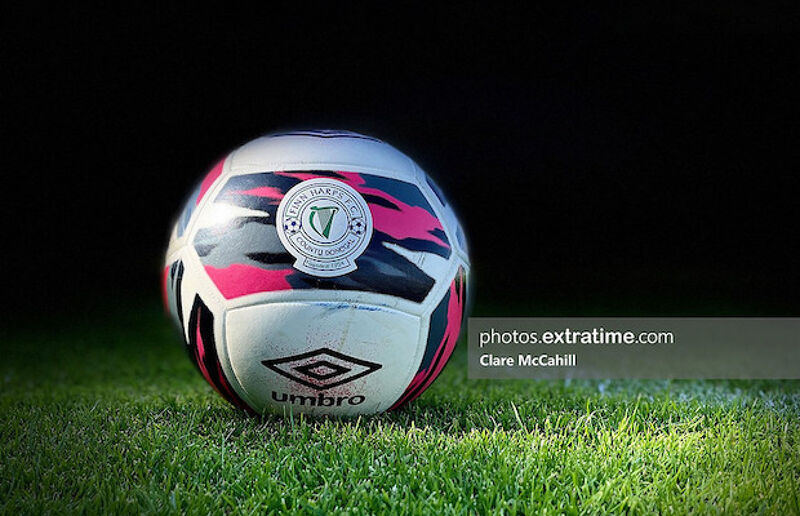 Sligo Rovers hung on to grab a much-needed three points in Ballybofey, running out as 1-0 winners against a defiant Finn Harps side.

Karl O’Sullivan gave the Bit O’ Red the lead in the first half, but Ollie Horgan’s charges will be wondering how they didn’t get at least a point out of the game, as they threw everything at their neighbours in the closing stages.

They certainly started the brighter against a Harps side who had also made multiple changes, with Regan Donelon, Mark Timlin, Yoyo Mahdy and Bastien Héry all coming into the side. They looked leggy as Rovers started sharply, Cawley, Byrne and Adam McDonnell in particular all looking dangerous in the opening stages.

The only goal of the game came in the 25th minute. Cawley broke down the left and chipped a deft effort over the advancing Mark Anthony McGinley.

Former Rovers defender Donelon got back onto the line to try and clear it away, but was met by a combination of Max Mata and O’Sullivan, with O’Sullivan appearing to get the last touch to score against his former club.

The Bit O’ Red could have been even further ahead by half-time were it not for an excellent double save from McGinley. He got a foot to Byrne’s effort after he had stolen into the box, and the rebound fell to Mata, but McGinley reacted well to get another foot to his effort, ensuring there was only one goal between the sides at the break.

Finn Harps grew into the game as the second half wore on, with long-range efforts from Donelon and Timlin edging them closer to that elusive goal.

Substitute Jordan Hamilton did well to turn on the edge of the box and shoot for Rovers, but McGinley pulled off another impressive safe to keep the Canadian’s effort out.

That was as good as it got for Sligo Rovers, as Harps ramped up the pressure as full-time drew closer. Filip Mihajlevic stormed into the box, drawing McGinty off his line, but squared to Timlin, whose effort with the outside of his left foot was hacked off the line in the 84th minute

Harps introduced another former Rovers player, Jesse Devers, and he made a big impact, skewing a shot wide when in space in the box on 87 minutes.

Devers was at it again when his cross found Luke Rudden in space in the box two minutes later, but his effort bounced wide of Ed McGinty’s goal.

Harps threw everything at Rovers in injury time, with McGinley coming up for Ethan Boyle’s last-gasp long throw. Boyle managed to find his keeper in the box, and McGinley’s flick on found Rudden, who headed over the bar in the last action of the match.

Referee Paul McLoughlin promptly blew the final whistle, handing Sligo all three points and bragging rights in the North-West Derby for the second time this season.