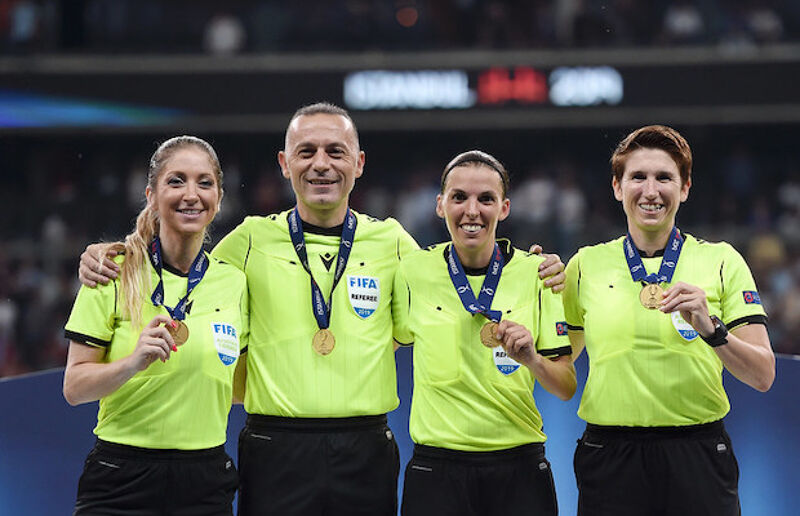 Irish match official Michelle O’Neill will be flying the flag – and running the line – for Ireland at this summer’s Women’s EURO 2022.

She has been named as part of the list of 25 assistant referees for the tournament that is taking place in July in England.

On Tuesday UEFA named their match official teams with 13 referees set to officiate on the 31 matches at the Euros.

She was also part of an all-women’s refereeing team, led by France’s Stephanie Frappart (who will also officiate at the Euros), who took charge of the 2019 UEFA Super Cup when Jurgen Klopp’s Liverpool side defeated Chelsea on penalties in Istanbul.

The Irish match official was recently an assistant referee in the Women’s Champions League where she officiated at the quarter-final fixture between Juventus and Lyon held in the Juventus Stadium in Turin.

The Wexford native worked with Welsh referee Cheryl Foster in that Champions League tie and Foster is one of the 12 UEFA referees listed for EURO 2022.

As part of an exchange programme between UEFA and CONMEBOL (the South American Football Confederation), like at EURO 2020, a South American referee will join the European group of referees for the tournament.

Venezuelan referee Emikar Calderas Barrera will be the 13th referee at the tournament while a European refereeing team will officiate at the Copa América Femenina 2022 in Colombia in July.

In addition to the refereeing teams on the pitch and the fourth officials, video assistant referees are being used for the first time at all matches in a UEFA Women’s EURO final tournament.