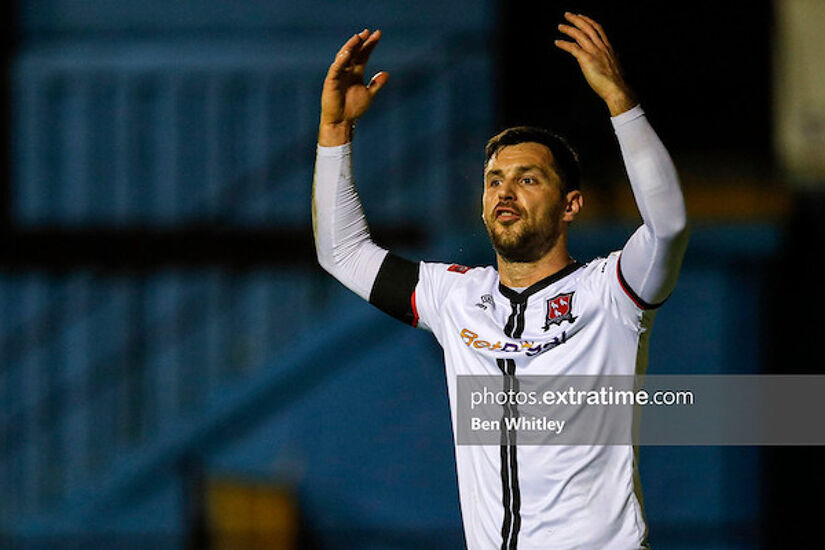 Dundalk managed back-to-back wins for the first time this season by beating Sligo Rovers at Oriel Park, leapfrogging Rovers in the table in the process.

The Lilywhites edged out the Bit O’ Red 2-1 thanks to goals from Daniel Kelly and Patrick Hoban, with Max Mata getting Rovers' goal.

Dundalk started the brighter with lots of possession. Sligo opted for a more direct approach.

Until the half hour mark, it was hard to discern which approach was the more effective, with both sides fashioning two good chances apiece before the deadlock was broken

For Dundalk, Kelly almost opened the scoring twice in the opening 20 minutes. His first effort was a header narrowly wide of the post.

His second was a daisy cutter blasted just inside the box, that required two attempts for Edward McGinty to take the sting out of the shot.

On both occasions, Greg Sloggett provided the near-assist.

At the other end, Nathan Shepperd had to be alive to the danger of Sligo’s forays. He rushed out to an onrushing Aidan Kenna who lumped a through ball over the bar under pressure, when a more deft touch may have helped the league’s top scorer convert into an empty goal.

Shepperd was once more quick to get out and make a fine save from Max Matta’s quick turn and shot inside the box, in what was perhaps the half’s best chance for the visitors.

Ultimately Dundalk would score two goals inside 15 minutes as the half closed out, which would make the Bit O’ Red rue not being more clinical with their chances.

The deadlock was broken by, who other than Patrick Hoban. Steven Bradley crossed from the right for Hoban to drill home from close range.

Not to take away from the finish, as McGinty got a finger on the cross requiring a quick recalibration from Hoban to make sure when it did land in his path.

Dundalk doubled their lead with mere minutes remaining in the first half, to take the wind out of Sligo. Bradley again turned provider when he got the better of Patrick Kirk in the middle of the park and slipped a through ball into the path of Kelly. The winger fired low past McGinty in a 1v1 situation.

Two goals to the good at half time, Dundalk had enough of a buffer to see out the game relatively comfortably.

They kept the ball well for the most part and limited the visitor’s chances. The Lilywhites may well have added to their lead with a bit more finesse around their set piece deliveries.

As you might expect, Sligo rallied late and had a strong closing ten minutes. The Bit O’ Red managed to pull one back with minutes remaining after Mata headed-on a long throw-in.

It was a classic case of too little too late as Dundalk weathered to hold on to their lead until the whistle.

Of concern for the home side, is that Dundalk made forced substitutions for Robbie Benson, Dan Williams and Kelly. Those are three players Stephen O’Donnell would very much like to have available ahead of a tough trip to Tallaght to face Shamrock Rovers on Monday.

Those are thoughts for Sunday, for now the Oriel faithful can enjoy witnessing Dundalk’s third win of the season and a move into third place in the table.